Fontaine-Henry in 1944 – Calvados – Battle of Normandy

The commune of Fontaine-Henry was occupied in 1944 by soldiers belonging to the second battalion of Grenadier-Regiment 736 (716. Infanterie-Division).

On June 6, 1944, the Fontaine-Henry area was one of the objectives of the Regina Rifles Regiment (7th Infantry Brigade). At 6 pm, Company B was ordered to seize the town with the support of a company of tanks, while Company C was to proceed in the direction of Le Fresne-Camilly. But at 1830 hours, a German 88 mm gun located at the height of fire on the Canadian armored vehicles: six are destroyed. Meanwhile, company B moved into Fontaine-Henry and reported at 7 pm that the locality was under control. 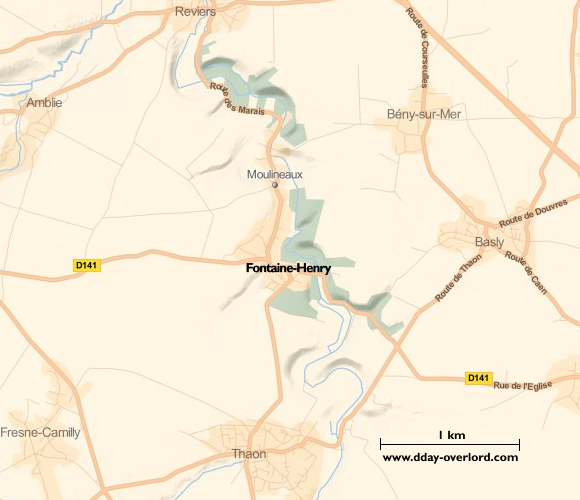