The village of Douet de Chouain is reached on 7 June 1944 at the end of the day by the English of the 6th Battalion Durham Light Infantry Regiment of the 151st Infantry Brigade (50th Infantry Division). On the same day, an allied aircraft attacks ground personnel who turn out to be allies: six English soldiers and five civilians are killed. The village is partly destroyed by artillery.

As early as June 10, 1944, soldiers of the 6th Battalion Durham Light Infantry bury three of their own at Jerusalem, on the western edge of Douet de Chouain, marking the location of the current military cemetery. In 1948 he received the first “Cross of Sacrifice”, a monument in the form of a sword and a Christian cross that was added to several other British military cemeteries. The smallest Commonwealth military cemetery in France, it contains the remains of 46 British and 1 Czech soldiers. 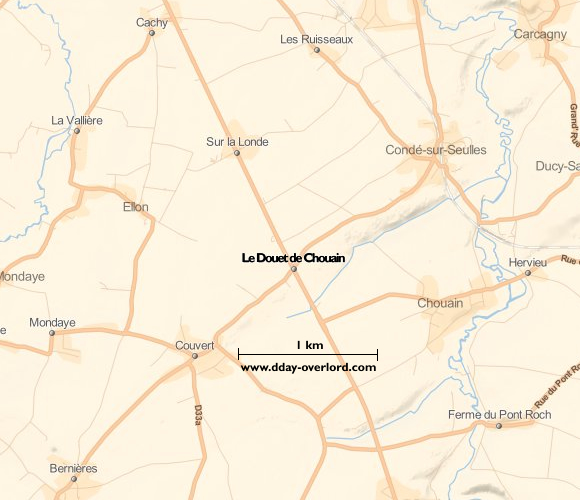