Parfouru-sur-Odon in 1944 – Calvados – Battle of Normandy

On 11 June 1944, Major Wilhelm von Schönburg-Waldenburg, commander of the 2nd Panzer-Lehr-Regiment 130 (Panzer-Lehr-Division) battalion, was killed in his Panzer IV tank with his crew on the road between Tilly-Sur-Seulles and Cristot. The Germans decided to bury him in the communal cemetery of Parfouru-sur-Odon.

When the front line reached this locality nearly two months later, on 4 August 1944 at 1 am, the Germans requisitioned all means of transport to the inhabitants (bicycles, carts…). They then abandon the village of Parfouru-sur-Odon in a hurry at daybreak. The British of the 231st Infantry Brigade (50th Infantry Division) released the commune later in the day. 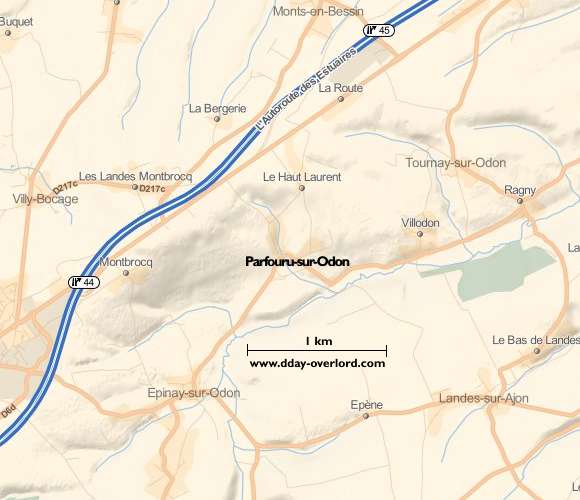