On July 10, 1944, the 119th Infantry Regiment (30th Infantry Division) commanded by Colonel Alfred V. Ednie progressed along the departmental road 974 southbound under German artillery fire and his 1st battalion reached the northern edge of the village of Pont-Hébert. Shortly before midnight, enemy armored personnel movements were detected south of Pont-Hébert; The Panzer Lehr Division launched a violent offensive in the north-east and north-west with the 1st and 2nd battalions of its Panzergrenadier-Lehr-Regiment 902 reinforced by an anti-tank battalion in the early hours of 11 July.

The Germans managed to break through the American lines of defense but were stopped by the artillery and tanks of the 743rd Tank Battalion. At daybreak, the 119th Infantry Regiment reorganized and resumed its advance towards Pont-Hébert. The Americans are opposed to elements of the 352. Infanterie-Division, the reconnaissance unit of the 3. Fallschirmjäger-Division and the 17. SS Panzer-Division “Götz von Berlichingen” and they continue their advance towards the village , The last lock before being able to reach the town of Saint-Lô. The Germans are defensive and have valued excellent positions; They trigger multiple artillery fire that slows down the American advance. On July 12, reconnaissance elements of the Fallschirmjäger-Division reinforced the defensive system: from July 12 to 13, the 30th Infantry Division recorded the loss of 961 soldiers (killed, wounded, missing or prisoners) including 400 for the only 119th Infantry Regiment. 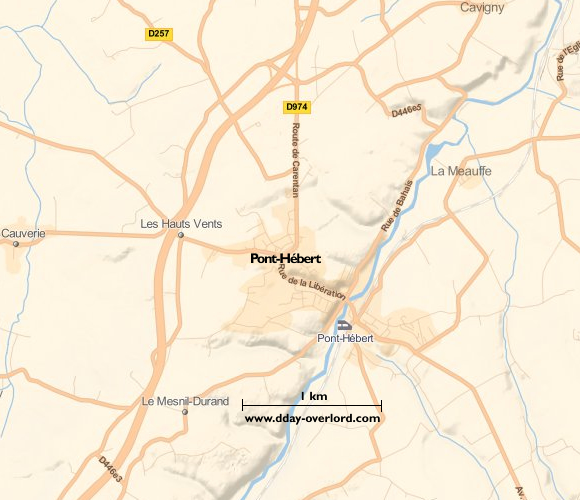