On June 7, 1944, soldiers of the Royal Winnipeg Rifles (RWR, commanded by Lieutenant-Colonel F. N. Cabeldu), belonging to the 7th Brigade of the 3rd Canadian Infantry Division, seized Putot-en-Bessin without fighting. This locality is located to the west of the lock of Bretteville-l’Orgueilleuse which allows to control a part of the national road 13 which connects Caen with Bayeux. The Canadians also control departmental 217 west of Putot.

That same day, the S.S. Panzergrenadierregiment 25 and the S.S. Panzergrenadierregiment 26 belonging to the 12th S.S. Panzer-Division Hitlerjugend counterattack from Caen towards the beaches. Surprised by the speed and destructive power of this counter-offensive, the RWR Canadians retreated outside Putot-en-Bessin and reorganized. In the evening, the Canadian Scottish Regiment was called in to help prepare for a counterattack to take over the town.

On June 8, 1944, after an artillery preparation, the soldiers of the Canadian Scottish Regiment mounted an assault and seized Putot-en-Bessin by fighting violently.

The Canadians maintained their defensive position in the Putot-en-Bessin sector (despite a failed attempt to break into the Mesnil-Patry on June 11) until the launch of Operation Epsom on June 26, 1944. 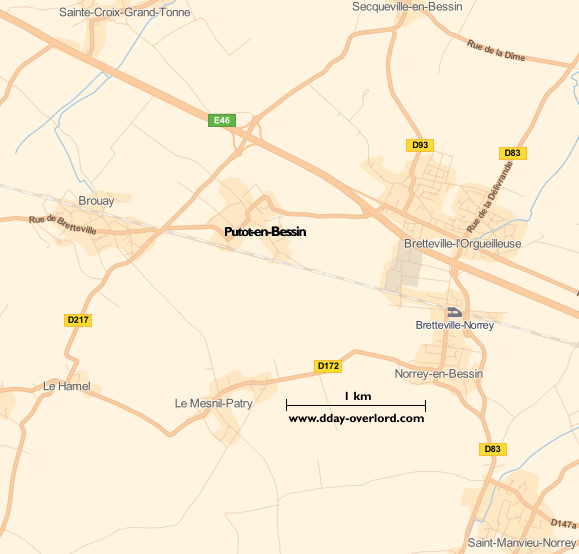