Reviers in 1944 – Calvados – Battle of Normandy

The Regina Rifles Regiment (7th Infantry Brigade) escaped with difficulty from Courseulles-sur-Mer and progressed towards Reviers along the departmental road 170, supported by tanks of the 1st Hussars. The losses incurred are particularly high and the 3rd Canadian Infantry Division is significantly behind schedule.

Nevertheless, Lieutenant-Colonel D. B. Buell’s men managed to repulse the German defenders of the 2nd Battalion of the Grenadier-Regiment 736 (716. Infanterie-Division) and Regina Rifles seized Reviers at 5 pm.

A company of Centaur tanks, located at Reviers, provided fire support during the capture of the commune of Fresne-Camilly around 6:30 pm by company C of the Regina Rifles Regiment. 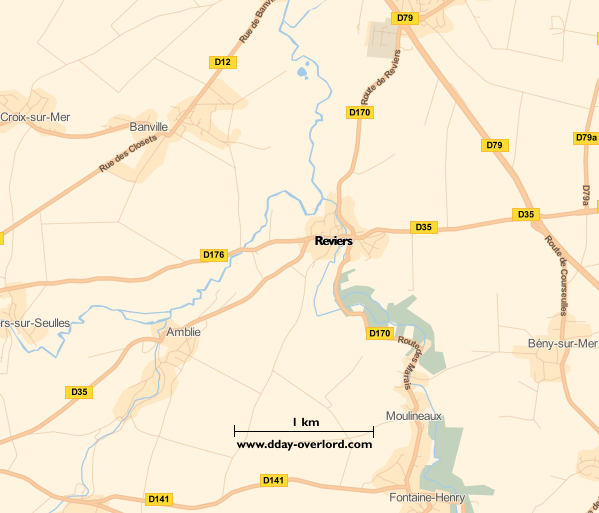