Saint-Hilaire-Petitville in 1944 – Manche – Battle of Normandy

In 1944, Saint-Hilaire-Petitville is a hamlet located near the village of Carentan. It has a bridge over the canal of Vire and Taute which allows access to the eastern entrance of Carentan.

On June 10, 1944, at the launch of the American airborne and airborne offensive to seize Carentan, Saint-Hilaire-Petitville was a preliminary objective of the first and second battalions of the 327th Glider Infantry Regiment (101st Airborne Division). The Americans advance from La Fourchette along the national road 13 and they reach the immediate vicinity of Saint-Hilaire-Petitville in the evening: they are greeted by a fire fueled by machine-guns and mortar fire which forces them to stop their progression And to take cover. Meanwhile, the Germans destroyed the precious bridge on the canal of Vire and Taute.

At the end of July 1944, the Allies installed a field hospital on the land of the commune of Saint-Hilaire-Petitville, equipped with state-of-the-art military technology for the time. It is also near Catz military airfield (ALG A-10), which allows the most serious casualties to be evacuated to England. 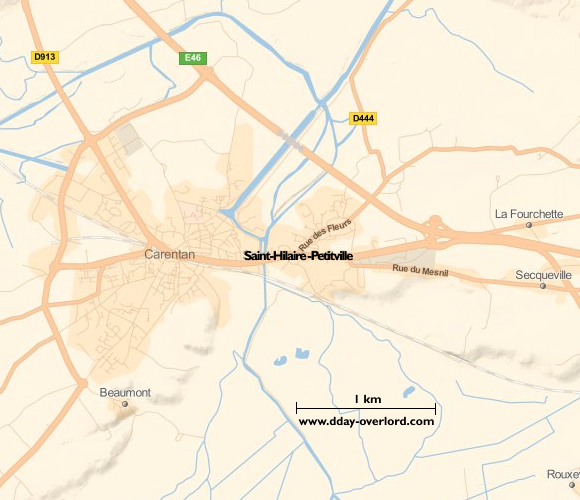