On August 14, 1944, the Anglo-Canadians launched a new ground offensive, called Operation Tractable, which aims to close the creels where nearly 110,000 German soldiers are trapped. A large part of them try to escape from this cauldron in order to break the encirclement: the routed elements, belonging to many disorganized units, are now seeking to retreat to the east of the Seine. Every hour, several thousand of these soldiers manage to escape with some heavy equipment. It then becomes urgent for the Allies to permanently block the route of the Germans to prevent them from reorganizing.

The Canadians of the 4th Armored Division commanded by Major General George Kitching were ordered to seize Saint-Lambert-sur-Dive after the confiscation of the Trun commune on August 18 to cut off one of the roads Used by the Germans to escape the closing of the trap which is also called “Falaise pocket”. Kitching ordered the 29th Armored Reconnaissance Regiment “The South Alberta Regiment” to seize the commune of Saint-Lambert-sur-Dive in order to control the roads crossing it. Major David V. Currie, commanding officer of C Company of the Sherman Armed Regiment, is reinforced by infantry companies B and C of the Princess Louise’s Argyll and Sutherland Highlanders of Canada, as well as by members of Lincoln and Welland Regiment (10th Infantry Brigade, 4th Armored Division) in order to fulfill this mission entrusted to him. Currie began the progression with his 175 personnel in the direction of Saint-Lambert-sur-Dive from 6 pm under fire from mortar shells and he marks a halt for the night halfway between Trun and his goal.

The next morning, August 19, the Canadians approached the town and were then taken to task by the Germans and two of their tanks were destroyed under the fire of an anti-tank. The opponents of the Canadians are aware that they must defend the bridge over the Dive at all costs: it represents for the Germans a precious gateway to the cauldron. Major Currie and his men were stationed within a kilometer of Saint-Lambert-sur-Dive by an extremely fierce fire which prevented them from maneuvering. Having only too few men facing the mixed elements of three opposing armored divisions in the process of retreat, Canadians must fire a barrage of their most advanced elements to put an end to German pressure. Nevertheless, Canadians manage to infiltrate the village, at the cost of heavy human and material losses. The contacts between the two camps are at very short distance, sometimes in melee. But Currie is also concerned about an unexpected difficulty: he has to manage more and more prisoners who go by dozens. Indeed, many Germans do not know when they enter Saint-Lambert-sur-Dive that the commune is already in the hands of their opponents: the prisoners are more numerous than the Canadian soldiers in the sector.

Currie held all night against the permanent flow of German soldiers. On August 20, 1944, at 8 am, a German tank from Chambois approached Saint-Lambert-sur-Dive and managed to hit a Sherman tank before being spotted by the Canadians. The crew manages to get out of the carcass, but the shooter gives no sign of life. Company Sergeant-Major George Mitchell of Argyll and Sutherland Highlanders Company B only listened to his courage and succeeded, with the help of several soldiers, including Corporal JR Holmes, in pulling the shooter out of the tank. Is unconscious: he is transported with a wooden door in the northern area of ​​Saint-Lambert-sur-Dive where the Canadians have installed an advanced medical antenna (however, he dies of his injuries a few days later). At the same time, the Germans attack violently to the west of the village. A tracked Universal Carrier vehicle crossed the front line and the Canadians stopped him: they discovered two German soldiers in the box that took the pilot and forced him to join his camp; The prisoner is released and the two opponents are placed with the other captive soldiers. Later Sergeant Earl McAllister discovers 50 German soldiers in a barn, which immediately form prisoners. Fighting continues throughout the ruined village, with Canadians failing to maintain a homogeneous front line.

Unable to maintain the position of the bridge, Major Currie ordered the regrouping of its elements west of Saint-Lambert-sur-Dive. The fighting continued until 21 August with the same intensity and some reinforcements of the 5th Anti-Tank Regiment (4th Armored Division) reached the commune. It was during this day that the commander of the B-unit of the Argyll and Sutherland Highlanders, Captain Ivan Harold Martin, was killed by a shrapnel of mortar shells. The prisoners, particularly numerous, are evacuated in full groups behind the front line, sometimes in the most complete disorder: one group is not ordered to remove their helmets, a distinctive sign of captivity, and one Canadian tank opened fire on their approach, killing soldier Fred Mcclentee, the guard who was escorting them.

But the trap in which tens of thousands of German soldiers are trapped is now closed and they gradually cease fighting on the orders of their leaders. Major Currie’s men accomplished their mission brilliantly, despite significant losses: infantry companies B and C only have 70 soldiers capable of fighting. They succeeded in destroying 7 tanks, 40 vehicles and 12 guns of 88 mm while making 2,100 prisoners. The Germans recorded the loss of 300 killed and 500 wounded. Canadian survivors are picked up by the 3rd Infantry Division and then head for Trun for a short, well-deserved break. 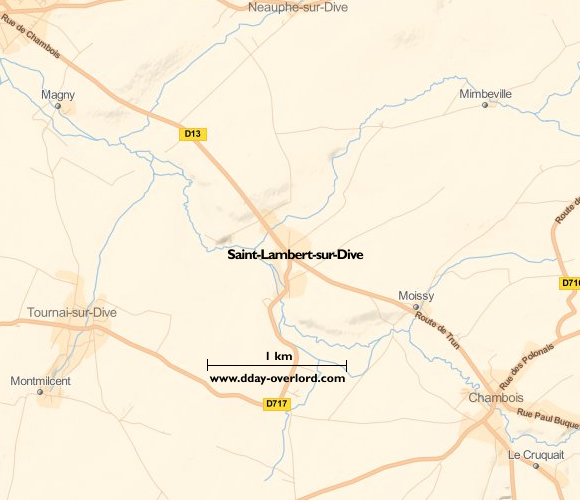