On June 7, 1944, Thaon Commune was one of the objectives of the Regina Rifles Regiment (7th Infantry Brigade) commanded by Lieutenant-Colonel F. Matheson. The area of ​​Thaon is then occupied by soldiers belonging to the second battalion of Grenadier-Regiment 736 (716. Infantry-Division).

Indeed, Matheson must reach in the day the national road 13 connecting Caen with Bayeux at the height of Bretteville-l’Orgueilleuse. At 0715 hours, the regiment began its advance to the south and it was Company B which captured Thaon without special fighting, supported by the 10th Armored Regiments Fort Garry Horse (2nd Armored Brigade). 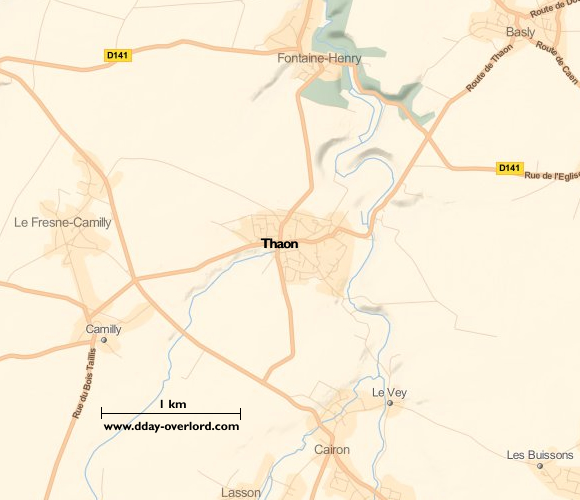