On 17 August 1944, more than two months after D-Day, the British launched Operation Paddle in the direction of the Seine. The Belgian and Luxembourg soldiers of the “Brigade Piron” (1st Belgian independent group attached to the 6th Airborne Division) are in the front line in the race towards the Seine.

On August 24, two days after the capture of Deauville under the fire of the Germans of the 711. Infantry-Division, the Piron brigade must cross the Touques River but its adversary destroyed the bridges spanning it. Some soldiers swim, others employ makeshift means designed by the sappers. Meanwhile, the German artillery is carrying out several barrage shots in the area. Resistance fighters, already engaged in Deauville to help the Allied soldiers, once again guide the Belgian and Luxembourg soldiers who seize the entire city.

On the beach of Trouville-sur-Mer, in front of the Casino, soldiers share treats with a young child very intimidated. Photo: US National Archives. 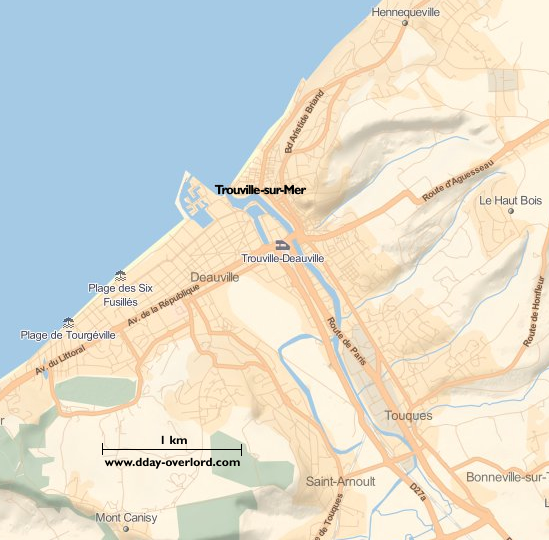