At the beginning of 1944, the commune of Vaux-sur-Aure included a fortified point (coded Wn 50 by the Germans) comprising a horse-drawn battery armed by the 7th Battery of the Artillery-Regiment 1716 (716. Infanterie Division). These 10 cm howitzers (model leFH 14/19 -t-) are placed in field locations. As of March 15, 1944, the 352. Infanterie-Division took into account this area and installed the 9th battery of its Artillery-Regiment 352 equipped with howitzers the FH 18/40 of 10.5 cm. However, the Germans abandoned this position several weeks before the launch of Operation Overlord and the Allies have this information on D-Day.

On June 6, 1944, the British of the 50th Infantry Division aimed to reach the Caen-Bayeux road after landing on Gold Beach. But the difficulties encountered during the landing phase lead to multiple delays in the initial schedules. Meanwhile, the light cruiser HMS Argonaut delivers a neutralizing shot at the position of the Wn 50, the Allies believing that with the landing the Germans would be likely to settle again at this location; The fulcrum had also been the subject of an aerial bombardment a few hours earlier. The 2nd Battalion South Wales Borderers Regiment (56th Independent Brigade) approaches the Vaux-sur-Aure commune from the north and seizes the deserted position of the Wn 50 strongpoint: the 100 mm howitzers had been removed by the Germans.

The regiment continued its progression but stopped its advance north of Bayeux and settled in defensive to spend the night. 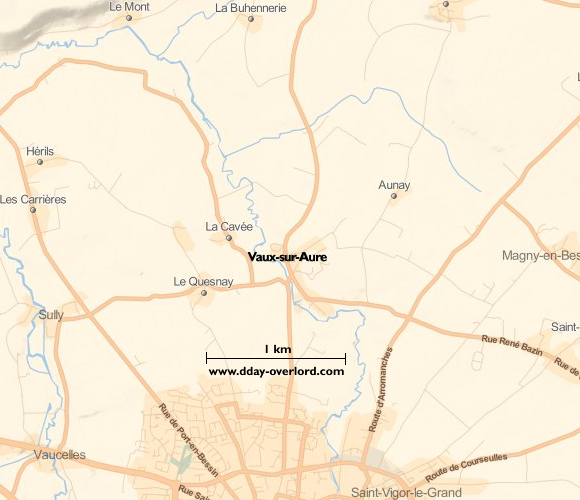