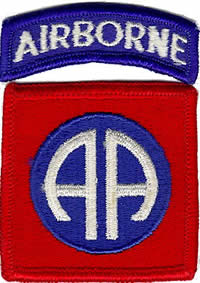 Officer in charge of the pathfinders: Major Neal L. Roberts