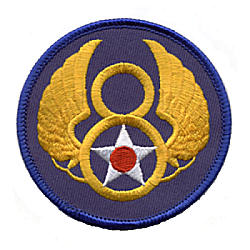 Back to the US Air Force menu