D-Day and Battle of Normandy history from the German side

June 6, 1944. What really happened on that day? Why was the German command reluctant to believe in an invasion at this hour and on this coastal sector? Where was the German counterattack? Why were the panzer divisions, which were ready for action, not allowed to strike? What was going on with the Luftwaffe? Carell answers these questions convincingly, factually and in his typically gripping style. 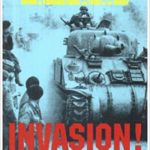 This book gives a perspective of D-Day which deserves to be added to the historical record, in which ordinary German troops struggled to make sense of what was facing them, and emerged stunned at the weaponry and sheer determination of the Allied troops. Above all, we now have the unheard human voices of the individual German soldiers – the men who are so often portrayed as a faceless mass. 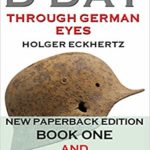 Fighting in Normandy: The German Army from D-Day to Villers-Bocage

The Allied landings on the Normandy beaches in June 1944 were brilliantly executed but proved to be just the opening phase of a desperately fought battle. The German Army responded to the invasion with as much ferocity and force as it could muster, and turned the struggle into a brutal and prolonged campaign. These in-depth reports by German commanders given the task of turning the tables on the invaders is crucial to a full understanding of the battle for Normandy. 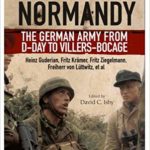 Bayerlein: After Action Reports of the Panzer Lehr Division Commander from D-Day to the Ruhr

Generalleutnant Fritz Bayerlein, Commander of the Panzer Lehr Division, wrote twenty manuscripts while interred as a U.S. Army prisoner of war from April 1945 until his release from captivity two years later. The entire series of manuscripts, commonly referred to as “Foreign Military Studies”, was prepared post-war by hundreds of senior German officers at the direction of the U.S. Army’s Historical Division. 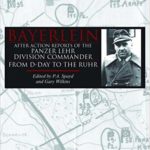 Ruckmarsch Then and Now: The German Retreat from Normandy

This, then, is that story…told through hundreds of ‘then and now’ comparison photographs by the author, and which includes some quite amazing discoveries that he made along the way. 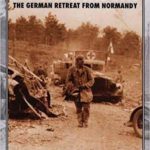 Panzers East and West: The German 10th SS Panzer Division from the Eastern Front to Normandy

Organized and trained during 1943, the 10th SS Panzer Division saw its first action in the spring of 1944 during the relief of an encircled German army on the Eastern Front. Several months later, in response to the Allied invasion at Normandy, the division returned to the West in mid-June 1944. Here the division engaged in a series of armored attacks and counterattacks against British and American forces. 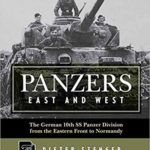 Fighting the Breakout: The German Army in Normandy from Cobra to the Falaise Gap

The officers originally submitted the reports presented here to Allied intelligence during postwar debriefing sessions. This volume brings together a selection of these reports to provide a broad overview of German hopes balanced with the realization that they could not hope to contain the Allied efforts for long. 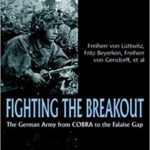 What makes this account of the bloody struggle unique is that it is told from the German standpoint, using firsthand testimony of German combatants. There are not many of them still alive and these accounts have been painstakingly collected by the authors over many years. 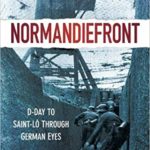 D-Day Through German Eyes: How the Wehrmacht Lost France

Berlin knew the invasion was coming and had had years to prepare for it. So how did the Germans view the impending invasion and campaign, did they feel ready, what forces did they have and could they have done better? 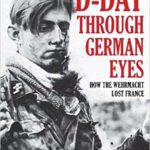 Countdown to D-Day: The German Perspective

Countdown to D-Day takes a journal approach, tracing the daily activities and machinations of the OKH as they try to prepare for the Allied invasion. 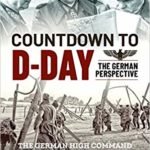 Detailed account of exteriors and interiors of the German defensive zone along the Normandy coast during the D-Day time period. 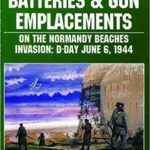