D-Day and Battle of Normandy history from the German side

The Germans in Normandy

While the Germans knew an invasion was inevitable, no-one knew where or when it would fall. Those manning Hitler’s mighty Atlantic Wall may have felt secure in their bunkers but they had no conception of the fury and fire that was about to break. The Falaise Gap became a graveyard of German men and equipment. To read the war from the losing side is a sobering and informative experience. 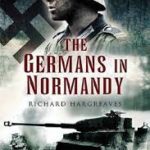 Panzers in Normandy: General Hans Eberbach and the German Defense of France, 1944

General of Panzer Troops Heinrich “Hans” Eberbach took command of Panzer Group West near the vital city of Caen in Normandy. During the next two months, Eberbach led German tank units in an ultimately vain attempt to stop the Allied breakthrough into France’s interior. 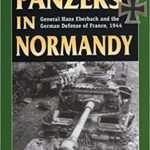 The Waffen-SS in Normandy: July 1944, Operations Goodwood and Cobra

This book looks at the divisions one by one throughout Operations Goodwood and Cobra which saw large tank battles and the collapse of the German front in Normandy. It includes over 100 photographs, alongside biographies of the commanders and color profiles of trucks and tanks which played a key role in operations as the Americans succeeded in breaking through the German line of defense. 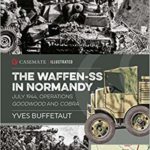 Das Reich: The March of the 2nd SS Panzer Division Through France, June 1944

Within days of the D-Day landings, the Das Reich 2nd SS Panzer Division marched north through France to reinforce the front-line defenders of Hitler’s Fortress Europe. Along their route they took reprisals so savage they will live for ever in the chronicles of the most appalling atrocities of war. Max Hastings’ Das Reich is a powerful account of their progress and a true military classic. 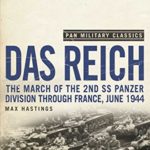 Fighting the Invasion: The German Army at D-Day

These once private accounts detail everything from the planning stage of the invasion, to the uncertain waiting, and finally to the ordeal of D-Day itself—the reactions to the first reports of troop landings and a blow-by-blow account of the battle. Fighting the Invasion paints a vivid picture of D-Day from the German perspective, bringing home the entire experience from the initial waiting to the bitter fighting on the beaches and in running battles in Normandy villages. 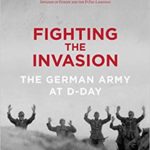 German defenses along the Normandy beaches were part of the larger Atlantic Wall fortifications designed to defend Fortress Europe. This book analyses these fortifications and describes how the Allied forces overcame them on the morning of June 6, 1944. 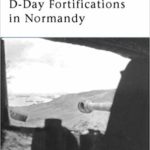 The history of the Strongpoint 62 located at Omaha Beach in Normandy, from its construction in 1942 to the D-Day fightings in june 1944. The author gathered many testimonies from the German soldiers who lived and defended this position. 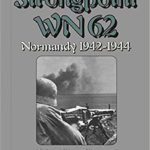 This is an impressive look at tactical-level events and command decisions, highlighting the armoured combat tactics that were able to stop Montgomery’s Army Group from breaking through the German lines near Caen for two months. The study includes a number of detailed maps and excellent photos.

With over 220 original photographs, many from private collections and never before published, this book fully illustrates the men, their uniforms, equipment and weapons. Also included is an appendix with maps, battle calendar, staffing plans, a list of field and post-MOB-numbers, and the Knight’s Cross recipients of the regiment. Having earned the respect of the Allied forces who fought against it during World War II, this work will inform current readers of the full record of Fallschirmjäger Regiment 6, and why the Allied advance into German-held Europe was so painstaking to achieve. 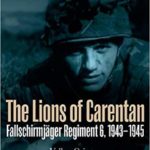 The author draws on original research, including recently discovered German artillery maps, and offers well-supported conclusions that are sure to spark debate. It explains why the U.S. Army suffered enormous casualties on Omaha Beach and covers little-known aspects such as the German patrols tasked with shooting down the pigeons the French Resistance used to send messages to the Allies. 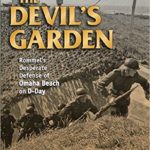 In Rückzug, Joachim Ludewig draws on military records from both sides to show that a quick defeat of the Germans was hindered by excessive caution and a lack of strategic boldness on the part of the Allies, as well as by the Germans’ tactical skill and energy. This intriguing study, translated from German, not only examines a significant and often overlooked phase of the war, but also offers a valuable account of the conflict from the perspective of the German forces.