Books written by veterans of the Battle of Normandy – Page 2

“Troop Leader” is a unique account of one man’s experience of the battle for Europe in 1944 and 1945. Bill Bellamy was a young officer in the 8th King’s Royal Irish Hussars from 1943 to 1955. He served in 7th Armoured Division in the North West Europe campaign, landing in Normandy on D+3, fought throughout the Battle for Normandy and into the Low Countries as a troop leader in Cromwell tanks, and was latterly a member of the initial occupying force in Berlin in May 1945. The accounts of tank fighting in the leafy Normandy bocage in the height of summer, or in the iron hard fields of Holland in winter, are graphic and compelling. 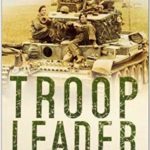 Sgt. Don Malarkey takes us not only into the battles fought from Normandy to Germany, but into the heart and mind of a soldier who beat the odds to become an elite paratrooper and lost his best friend during the nightmarish engagement at Bastogne. In the darkness of D-Day morning, Malarkey parachuted into France and within days was awarded a Bronze Star for his heroism in battle. This is his dramatic tale of those bloody days fighting his way from the shores of France to the heartland of Germany, and the epic story of how an adventurous kid from Oregon became a leader of men.

by Donald Malarkey and Bob Welch 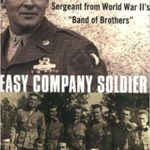 Draws on Bradley’s diaries and papers to recount his experiences as American commander at Normandy, as ground-war strategist in Europe, and as first Chairman of the Joint Chiefs of Staff. This autobiography was written years after A Soldier’s story. 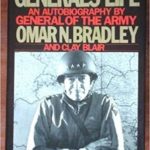 D-Day, the Battle of the Bulge, the liberation of Paris, the relentless drive through Germany toward Allied victory–Omar Bradley, the “GI General,” was there for every major engagement in the European theater. A Soldier’s Story is the behind-the-scenes eyewitness account of the war that shaped our century: the tremendous manpower at work, the unprecedented stakes, the snafus that almost led to defeat, the larger-than-life personalities and brilliant generals (Patton, Eisenhower, Montgomery) who masterminded it all. 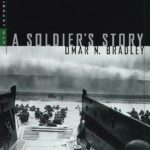 The Memoirs of Field Marshal Montgomery

First published in 1958 Montgomery’s memoirs cover the full span of his career first as a regimental officer in the Royal Warwickshire Regiment and then as a Staff Officer. Despite his tactless uncompromising manner his career flourished between the wars but it was during the retreat to Dunkirk that his true brilliance as a commander revealed itself. The rest is history but in this autobiography we can hear Monty telling his side of the story of the great North African Campaign followed by the even more momentous battles against the enemy and, sadly, the Allies as he strove for victory in North West Europe. His interpretation of the great campaign is of huge importance and reveals the deep differences that existed between him and Eisenhower and other leading figures.

by Bernard Law Montgomery of Alamein 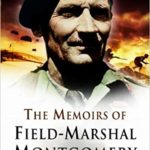 War As I Knew It: The Battle Memoirs of “Blood ‘N Guts”

The personal and candid account of General Patton’s celebrated, relentless crusade across western Europe during World War II. First published in 1947, War as I Knew It is an absorbing narrative that draws from Patton’s vivid memories of battle and his detailed diaries, covering the moment the Third Army exploded onto the Brittany Peninsula to the final Allied casualty report. 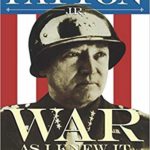 Dwight D. Eisenhower was the most famous general to arise out of World War II and the one who made the greatest success as the result of the War. His unusual and non-American-type name alone would have eliminated any chance he ever had to be elected to higher office. The story here is about how Eisenhower’s book “Crusade in Europe” and the US Supreme Court Case involving this book have substantially changed and affected US Copyright Laws 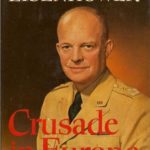 Alanbrooke was CIGS – Chief of the Imperial General Staff – for the greater part of the Second World War. He acted as mentor to Montgomery and military adviser to Churchill, with whom he clashed. The diaries were sanitised by Arthur Bryant for his two books he wrote with Alanbrooke. Unexpurgated, says Danchev, they are explosive. The American generals, in particular, come in for attack. Danchev proposes to centre his edition on the Second World War. 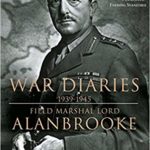 By Tank: D to VE Days

Like most of his comrades Ken Tout was just 20 years old during the battle of Normandy. Follow the ordinary young lads of the Northamptonshire Yeomanry through the massive enemy defences on Bourguebus Ridge, to the snows of the Ardennes, to the night crossing of the River Rhine, and finally to Grote KerkI, where they celebrated with liberated Dutch citizens. “By Tank: D Day to VE Days” vividly recalls, in one complete volume, the whole experience of battle with utter authenticity: the fear, confusion, boredom, excitement and grief. 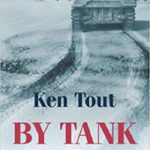 A Fine Night for Tanks: The Road to Falaise

Although Operation ‘Totalize I’ was arguably the finest feat of Allied armoured action in both the world wars, it is perhaps the least studied and publicised. Using eye-witness accounts from tank crews and infantry, Ken Tout reveals how on 7 August 1944 a combined Canadian and British force sent four armoured columns south of Caen to close the Falaise gap. 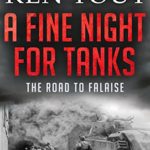 The Bloody Battle for Tilly: Normandy 1944

A professional soldier, Hans von Luck joined the Panzerwaffe in its earliest days, where he served under Erwin Rommel, and went on to fight in the Blitzkrieg in Poland, France and the Soviet Union. He then served with the Afrika Korps in the Western Desert, and tells of the sometimes chivalrous relationship with the British 8th Army. After the collapse in Africa, he returned to Europe and fought throughout the Normandy campaign. After the war, he formed friendships with those who had been his opponents during the war, including Major John Howard, who had led the capture of Pegasus Bridge. 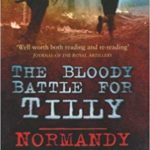 An Englishman at War: The Wartime Diaries of Stanley Christopherson

From the outbreak of war in September 1939 all the way to the smouldering ruins of Berlin in 1945, via Palestine, Tobruk, El Alamein, D-Day, Nijmegen and the crossing of the Rhine, An Englishman at War is a unique first-person account of the Second World War. 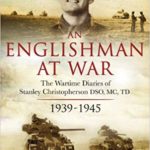