Books written by veterans of the Battle of Normandy – Page 3

In No Better Place to Die, Robert M. Murphy provides an objective narrative of countless acts of heroism, almost breathtaking in its“you are there” detail. A Pathfinder and member of A Company, 505th PIR, Robert Murphy was wounded three times in action, and made all four combat jumps with his regiment, fighting in Sicily, Italy, Normandy, and Holland. After the war, he was instrumental in establishing the 505th RCT Association.

Descending from the Clouds

Spencer F. Wurst, a rifleman, spent the most of World War II in the European Theater of Operations as a squad leader or platoon sergeant in Company F, 505th PIR, 82nd Airborne Division. He made three of the four regimental combat jumps, dropping into Italy, Normandy, and Holland. Highlights include his baptism of fire in Italy during the Battle of Arnone; the jump on D-Day and the liberation of Ste. Mère Eglise (for which he was awarded a Purple Heart); a grueling month of combat in the hedgerows of Normandy (a second Purple Heart); the ferocious battle with the SS for the highway bridge at Nijmegen, Holland (Silver Star). 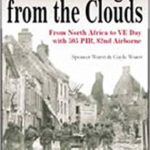 General James M. Gavin, who fought with and led the 82nd Airborne Division in Europe reveals much about his own qualities as leader and patriot as he records his experiences and observations during the war. 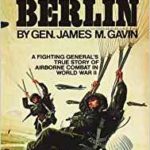 Omaha Beach and Beyond

All leads up to D-Day and Normandy on June 6, 1944, when Sergeant Bob Slaughter came across Omaha Beach with Company D of the 116th Infantry Regiment (29th Infantry Division). This was the beginning of his long march to final victory in Europe, a march that would take him and his fellow soldiers of Company D, at least those who survived, to Holland, the Bulge, and on into Germany itself. 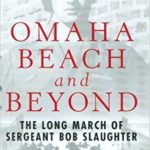 Tank Commander: From the Fall of France to the Defeat of Germany

In campaign after campaign, from the defense of Calais in 1940 to the defeat of Germany in 1945, Bill Close served as a tank commander in the Royal Tank Regiment – and he survived. His tanks were hit eleven times by enemy shellfire and he bailed out. His book is not only an extraordinary memoir – it is also a compelling account of the exploits of the Royal Tank Regiment throughout the conflict. As a record of the day-to-day experience of the tank crew of seventy years ago – of the conditions they faced and the battles they fought – it has rarely been equaled. 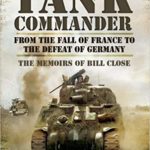 This is the autobiography of Alan Deere, New Zealand’s most famous RAF pilot who saw action from the Munich Crisis to the invasion of France in 1944. Al Deere experienced the drama of the early days of the Battle of Britain while serving with Spitfire squadrons based at Hornchurch and Manston, and his compelling story tells of the successes and frustrations of those critical weeks. 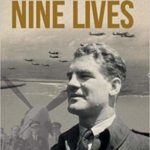 In defiance of the regulations, Bob Boscowan kept his daily account of his war from Normandy through to Germany where, seriously wounded, he was the sole survivor of his tank crew. In between he witnessed fierce fighting, including notable successes and costly failures. He had four tanks shot from under him. It captures the spirit of comradeship, the joy of success, the bitterness of loss and the dangerous thrill of action. This is a stirring record of frontline action during the final year of War. 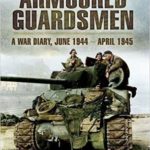 This memoir is based on the transcription of hundreds of hours of recorded interviews made by Alexander’s grandson, John Sparry, over a period of years late in his life. Providing valuable insight into the beloved commander who led three of the most storied battalions in the US Army, Jump Commander also contains a wealth of new detail on 82nd Airborne operations, and casts insight on some of the most crucial battles in the ETO. This highly readable and action-packed narrative may well be the last remaining memoir to be written in the voice of a major airborne officer of the Greatest Generation. 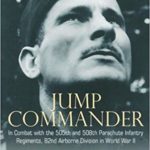 Fighting with the Filthy Thirteen

In this work, with the help of Stephen DeVito, Jack Womer provides an amazingly frank look at close-quarters combat in Europe, as well as the almost surreal experience of dust-bowl-era GI’s entering country after country in their grapple with the Wehrmacht, finally ending up in Hitler’s mountaintop lair in Germany itself. Throughout his fights, Jack Womer credited his Ranger/Commando training for helping him to survive, even though most of the rest of the Filthy Thirteen did not. 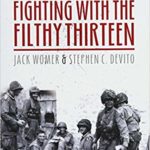 The Filthy Thirteen: From the Dustbowl to Hitler’s Eagle’s Nest

The book does not draw a new portrait of earnest citizen soldiers. Instead it describes a group of hardscrabble guys whom any respectable person would be loath to meet in a bar or dark alley. But they were an integral part of the U.S. war against Nazi Germany. A brawling bunch of no-goodniks whose only saving grace was that they inflicted more damage on the Germans than on MPs, the English countryside and their own officers, the Filthy 13 remain a legend within the ranks of the 101st Airborne. 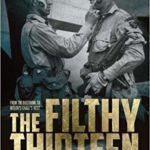 Heinrich Severloh’s moving autobiography and service memoir describes the greatest amphibious landing-operation in history, which on D-Day marked the beginning of the decisive campaign of the Second World War. When in the dawn of June 6, 1944, the western Allies opened their offensive against the Atlantic Wall on the coast of Normandy, with 7,000 ships and 13,000 airplanes, Severloh, the machine-gunner who became the German most feared by the Americans, was posted at Strongpoint WN62.