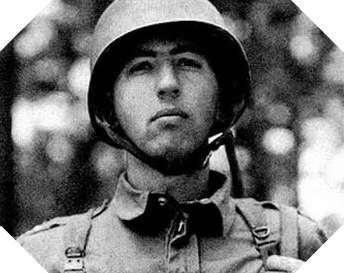 Originally from Chicago, Herbert Sobel spent nine years in a military school, subsequently serving both in the US National Guard (the National Guard corresponds to the US military reserve) and in the military police based at Fort Riley in Kansas.

He is called to “active duty” as an officer a year before the Japanese attack on Pearl Harbor in the Pacific.

He is the first officer of the Easy Company. He is the commander of this company in Toccoa between 1942 and 1943, and organizes training particularly difficult for the men of the Easy.

But it quickly appears that if Herbert is an excellent organizer and coach, he is not appreciated in his company and, besides, he does not excel on the field. The staff then decides to transfer it to the training of the specialist personnel in charge of reinforcing the landing units after the D-Day (doctors, cooks, mechanics…) and to have it replaced by the young officer Thomas Meehan. 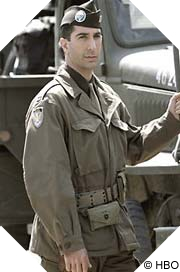