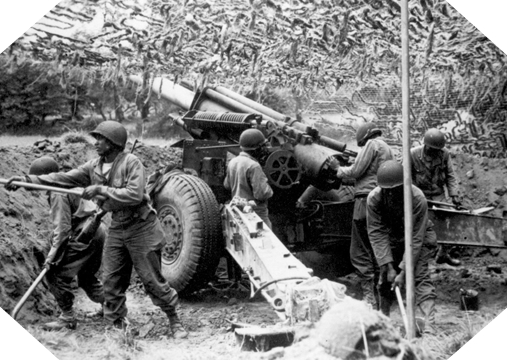 As part of the modernization of the US Army, begun between 1920 and 1940, various studies in artillery focus on the creation of new howitzers, capable of precisely intervening over a distance of ten Fifteen kilometers, easy to move and maintain.

Until 1939, the United States used the French Schneider gun of 155 C model 1917 which on that date is obsolete. The Americans then developed a 155 mm howitzer named “M1” and available from May 15, 1941. It was equipped with a specially designed traction system, model M1.

Used during the Second World War and especially during the Battle of Normandy, the 155 mm Howitzer M1 is able to fire up to a distance of 14,784 meters. It is endowed with different shells: explosives, smoke, illuminating and even chemical (until their prohibition by the international treaties).

His career continued after the Second World War through several successive models and within many armies throughout the world. After having participated in the conflicts in Korea (both as a howitzer and embarked on the American M41), Vietnam, Lebanon or Afghanistan, it is still in service today.