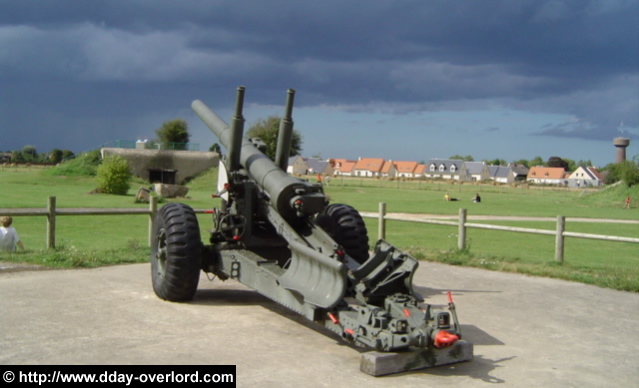 In order to find a replacement for the old 127 mm gun drawn in 1904 by the British engineers, a new 140 mm model is proposed to the English army. Its functioning (as well as its specificities) are put on paper and the final model is proposed in January 1939 to the military authorities who retain the new piece. After some modifications, production began in 1941 and the first units were delivered from May 1942 within the English army. The first shells were fired during the campaigns in North Africa.

This piece of artillery is of good quality and appreciated by Allied artillerymen, although its characteristics, and in particular its range, do not live up to expectations. Not being able to change all the guns of the parts in order to modify them for obvious reasons of cost, the British military engineers study the behavior of the 140 mm with other shells. They advise the artillerymen to fire lighter shells, such as 9 kg.

Used throughout the Second World War and especially during the Normandy campaign, the 140 mm gun was used well after 1945 (under the name Mark IV) until it was replaced by the following model, namely the 155 mm gun.