History of the Lockheed P-38 Lightning – Battle of Normandy 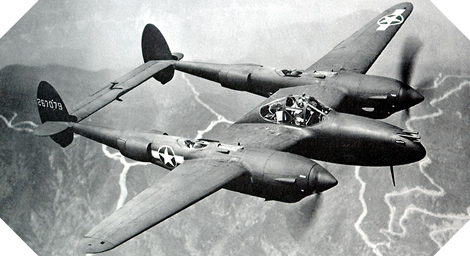 In 1937, the US Air Force wanted to acquire increased firepower, both in terms of ground bombing and support. It also looks for a device capable of evolving at high altitude.

The American firm Lockheed then puts in play a very large sum (nearly 6 million Dollars) to simply start the study of the project and receives the support of the US military.

Lockheed developed an interceptor bomber fighter and the first prototype was manufactured in 1939. Powerfully armed and able to carry nearly 2,000 kilos of bombs, this fighter has the distinction of being the first twin-engine and dual-gun fighter.

The P-38 Lightning has a large range of action, allowing it to perform deep raids, but it is still less manageable than conventional hunters.