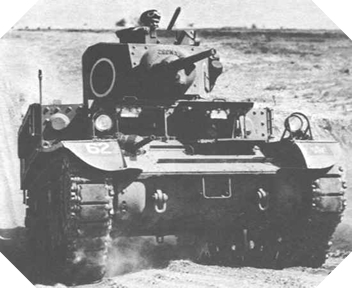 While in 1940 the war broke out in Europe, the United States decided to reinforce their firepower and especially in armored vehicles. The light tank M2 being considered outdated, the American engineers develop the light tank M3 Stuart.

The first prototype was developed in July 1940 and was adopted by the US Army, which launched the production of the M3 tank in March 1941. The main changes compared to the M2 light tank were the fact that the M3 Stuart Has a much larger shielding.

Various American models of the M3 Stuart tank succeeded each other throughout the war, while the British produced their own version of the M3 tank, called “Honey”, and which was also improved during the Second World War, Stuart I models To Stuart V.

Mainly used for reconnaissance missions, the M3 Stuart light tank is also sent to combat to support infantry actions. The Stuart chassis is used for the development of the 75 mm M8 Scott self-propelled gun, used to advance artillery support to the armored and infantry pace.