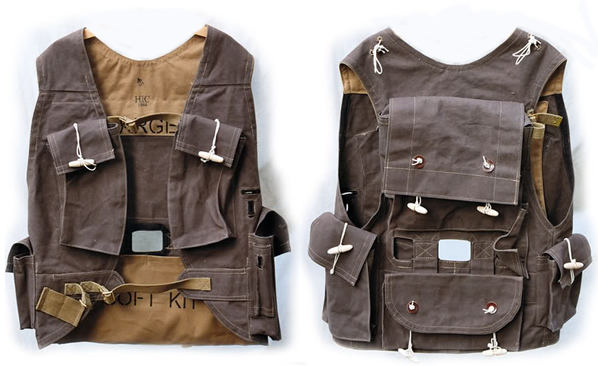 The Battle Jerkin was invented in 1942 by Colonel Rivers-MacPherson who adapts an English leather hunt jacket for infantry combat. Quickly modified in canvas, it consists of a set of pockets designed to contain the multiple equipment of the British infantryman.

It equips the British and Canadian assault troops on D-Day instead of the Pattern 37 Webbing combat vest, deemed less comfortable by the soldiers. Allied commandos particularly appreciate the Battle Jerkin because it avoids in some cases carrying a bag, the equipment necessary for the mission can be placed in the multiple pockets.