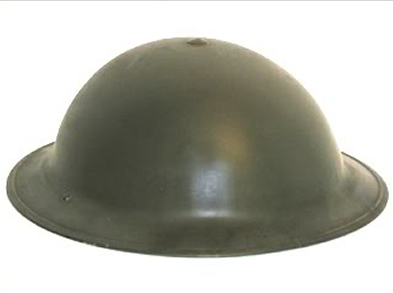 With the rise of Nazi Germany, Great Britain was preparing for war in the second half of the 1930s. The soldiers were then provided with a new helmet which was to replace the Mark I model: from 1937 to 1938 , It is studied and validated the following year.

Produced in Great Britain on a very large scale, he teamed up with the British Army but also all Commonwealth military forces, including Canada which also produced a version of the Mk II helmet.

Officially withdrawn from distribution to troops in 1943 following the adoption of the Mk III model, it is still widely used by the British who wear it during the Battle of Normandy, with or without camouflage net.