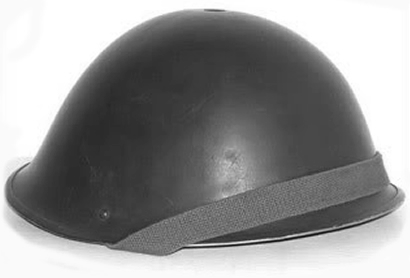 At the beginning of the Second World War, British soldiers were still equipped with the Mark II flat helmet, essentially inspired by the helmet worn during the Great War. The military wishes to have a helmet that improves protection on the flanks and the industrialists are developing the Mark III model that they begin to produce from 1941.

The main changes are in the new shape of the helmet, which is much more rounded and which is worthy of being called “Turtle” by the soldiers because of its distant resemblance to its carapace. Offering an increased protection of 38% compared to the previous model, the Mark III helmet was distributed in 1944 to the British and Canadian troops preparing for the Normandy landing.