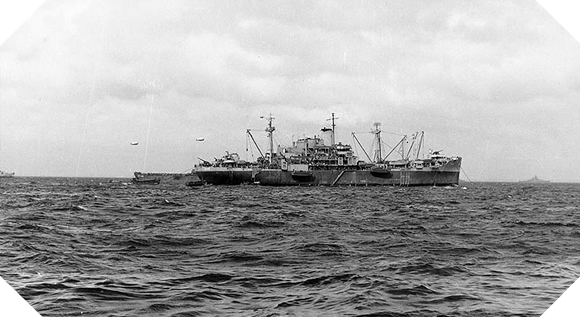 Used as a flagship vessel heading to Utah Beach in, USS Bayfield carried Rear Admiral Don P. Moon, commander of Task Force 125, as well as General J. Lawton Collins, commander of the US 7th Corps. She left the port of Plymouth on June 5 in the evening and reached his meeting point at 2:30 am on June 6, 1944, only 18 kilometers from Utah. A few hours later, the soldiers embarked on board landing craft which headed towards the shore.

During the fighting in Normandy, USS Bayfield was used as a command and supply ship, redirecting German prisoners and caring for the wounded. She ceased his mission in the English Channel on June 25th.