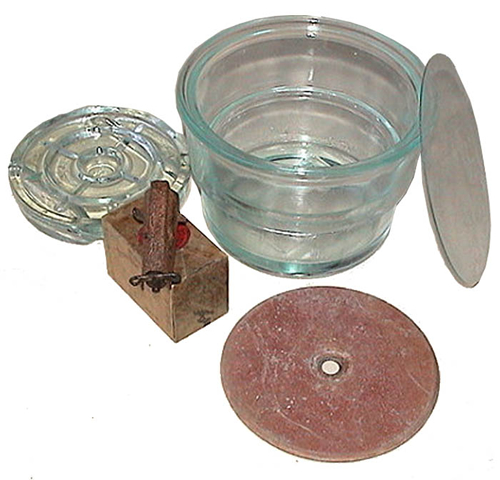 The metal costing more and more expensive and most of the mines can be detected by the detectors of the demining teams, the Germans want to kill two birds with one stone while developing during the Second World War a mine whose structure is made of glass.

The German engineers developed “Glasmine 43”, an anti-personnel glass mine available since 1944. The first models are equipped with mechanical detonators and the following models receive chemical detonators, limiting a little more the possibilities of detection. In addition, the internal components are made from wood or cardboard.

In detail, Glasmine 43 consists of a glass jar that can hold a 200 gram explosive bread type SprendKörper 28 on which a lighter is placed. A rupture plate and a fractionation plate are placed over the igniter. A pressure of 8 to 10 kg on the latter breaks the breaking plate and crushes the igniter’s head, triggering the detonator and the explosive charge.

At the end of the Second World War, many Glasminen 43 are still buried on the battlefields and today many of them have still not been neutralized. Today, demining of Glasminen is still underway in the Eifel National Park in Germany, north-east of the Belgian border.

Type of mine: anti-personnel

Operating system: percussion cap (reaction from 8 or 10 kg depending on the specimens)