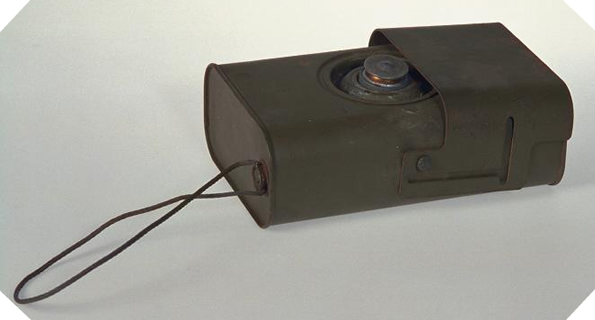 When designing this anti-tank mine, the Americans were inspired by the British Hawkins mine grenade, which entered service in 1942. This new model, called M7 Light Anti-Tank Mine, A pressure plate which reacts to moderate masses. Several M7 mines can be assembled to destroy a heavy armor.

Like the Hawkins mine, the M7 mine can be used remotely with the integration of a trap wire. It can be triggered with a slow wick and an electric detonator connected to a type 10 electric igniter. It is also possible to insert a second detonator therein in order to obtain an anti-lift device.

The US military has put an end to the production of the M7 light mine but it is still used today in many African countries,in the Middle East and in Asia.

Type of mine: anti-tank

Operating mode: pressure plate (reaction from 60 kg at the edge or 110 kg at the center of the plate)