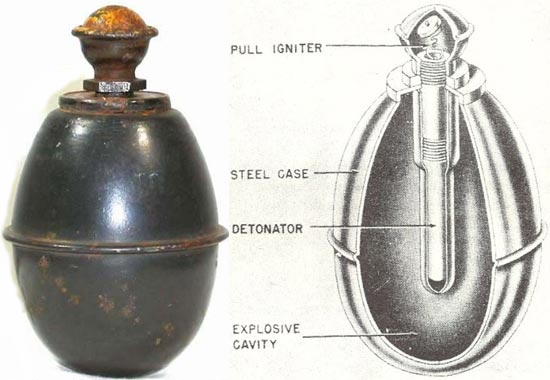 The M39 grenade entered service in 1939 in the Reich army under the name Model 1939 Eihandgranate. The term Ei (egg in German) refers to the shape of the grenade.

The Model 39 grenade can be used without delay with the use of a special bait, allowing soldiers to trap windows, doors or even objects. It was used until the end of the Second World War and especially during the Battle of Normandy.