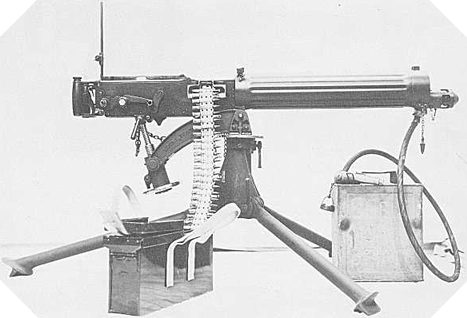 Initially, the Vickers machine gun came into service in the British Army in 1912. This weapon, originally designed in 1884 by American engineer Maxim, was later modernized and became the standard weapon in Great Britain. The machine gun Vickers then equips the army as the air force in the United Kingdom.

Used during the First World War, the Vickers is also staffed in the US Army at this time.

Cooled by a four-liter tank of water, the Vickers is capable of being used for several hours without stopping, hence its importance during the two world conflicts.

However, despite its great firepower and resistance to heat, the Vickers machine gun remains very handicapped by its weight (reaching the 37.67 kilos with the tripod).