Basse-Addeville in 1944 – Manche – Battle of Normandy

The hamlet of Basse-Addeville, occupied in the spring of 1944 by the German soldiers of the 3rd Battalion of the Grenadier-Regiment 1058 (91. Infanterie Division), is halfway between the drop zone “D” and the town of Saint-Côme-du-Mont.

On the night of June 5-6, 1944, four planes dropped American parachutists (belonging to the 1st and 2nd battalions of the 501st Parachute Infantry Regiment (101st Airborne Division) in the immediate vicinity of the hamlet : the paratoopers tried to avoid the location and seeked to reach their rallying point located further east. A German sniper pinned down the Americans for long minutes in the village, the Americans using many unsuccessful tactics to dislodge him. The houses were being searched by a group of paratroopers from C Company, 501st PIR, to which Staff Sergeant Thomas M. Rice belonged. The latter attended helplessly the death of the parachutist Franck Ficarotta, shot by the German shooter.

At dawn, Major R. J. Allen, deputy officer of the 501st PIR, manages to bring together about one hundred soldiers from various airborne units and heads for Basse-Addeville in order to continue towards Saint-Côme-du-Mont. However, it is taken to part and remains fixed a few tens of meters to the east of the hamlet.

Around 8 am, the 501st PIR corps commander, Colonel Johnson, came to meet him and took 50 paratroopers from Basse-Addeville to reinforce the position of La Barquette lock, a vital point in the area of ​​operations. The remainder (fifty paratroopers) under the orders of Major Allen is ordered to withdraw: Allen initially opposes this decision, claiming that his withdrawal would weaken the position of La Barquette, then he executes, making Retreat his men. Meanwhile, the Germans were reinforced by the paratroopers of the Fallschirmjäger Regiment 6 from Carentan and seized the few positions abandoned by the Americans

An advanced medical antenna, which had been set up on a farm in the hamlet, thus passes under German control. Francis L. Sampson, chaplain of the regiment, had settled there to support the 18 wounded who were treated there. The Germans are about to shoot Sampson when a non-commissioned officer intervenes and saves his life. The Fallschirmjäger Regiment 6 and the III/Grenadier-Regiment 1058 held the hamlet until June 8, when the 101st Airborne Division launched a new offensive directed towards National Road 13 and Saint-Côme-du-Mont. 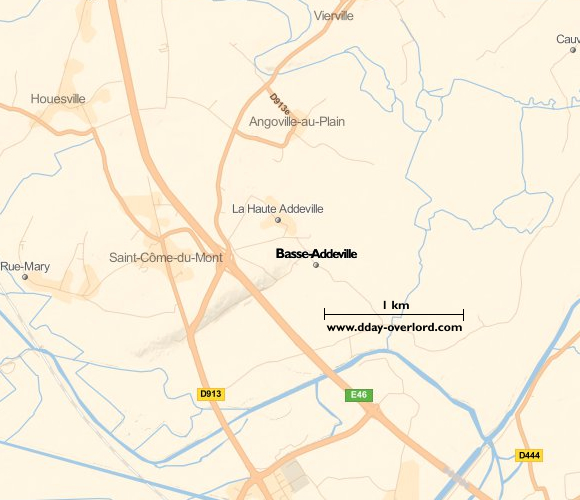