On June 26, 1944, the British launched Operation Epsom, which aimed to pierce the front to the southwest of Caen and to seize the crossing points on the Odon. On June 28, the Odon is crossed and the bridgehead installed along the southern shore must be secured: for this purpose, the 2nd Argyll & Sutherland Highlanders (227th Infantry Brigade, 15th Infantry Division) seizes the two bridges On the Odon to the north of the village of Gavrus and settles in defensive to the height of the municipality. South of Gavrus, a land movement located at Hill 113 dominates the area.

Against the Scots, the elements of various SS units seek to push the British beyond the Odon while there is still time. On June 29, despite a formidable German counter-offensive by the SS Panzergrenadier Regiment 22 (10. SS Panzer-Division Frundsberg), which forced the British to temporarily withdraw from Gavrus, the village was again in Allied hands In the evening that gradually strengthen their position with the arrival of the 4th and 5th Battalions, Royal Welch Fusiliers belonging to the 158th Infantry Brigade of the 53rd (Welsh) Infantry Division.

On 7 July at 11 am, the Germans of SS-Panzergrenadier Regiment 19 (SS Panzer-Division Hohenstaufen) launched a massive new counter-attack with infantry and armored vehicles and managed to capture Hill 113 and Gavrus despite Heavy losses due in particular to the intervention of hunting and artillery (land and naval). But at 7 pm, the British revived their action and managed to regain control of the village.

It was not until the evening of July 16 that Gavrus and Hill 113 were finally in the hands of the Scots and the Irish. On the same day they launched a formidable armored offensive supported by a thick curtain of smoke so dense that the soldiers had it Nausea, and the Germans retreated towards Evrecy. 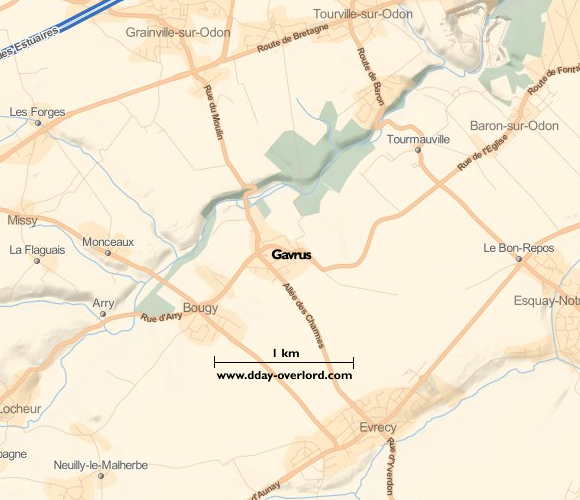