British and Canadian Airborne Forces are responsible for seizing the shore east of the Orne on the night of June 5-6, 1944, which is held by the 716. Infantry Division. This operation is known as Tonga. It is the 1st Canadian Parachute Battalion (3rd Para Brigade) which is in charge of seizing the sector of Le Mesnil from the end of the morning.

The Canadians are parachuted from 0057 on top of “V” drop zone (located west of Varaville) and seize the Mesnil at night, taking advantage of the surprise effect. The village is an important rallying point for paratroopers on D-Day, especially for the Englishmen of the 8th Battalion Parachute Regiment (3rd Para Brigade) who set up in defensive after having carried out their actions of destruction of the bridges on La Dives and La Divette rivers.

For more than two months, the Allies had to fight against important German counter-attacks, notably carried out by the 346. Infantry Division from Bavent Wood. It was necessary to await Operation Paddle directed towards the Seine and launched on 17 August 1944 so that the sector of Le Mesnil was definitely out of reach of the German forces. 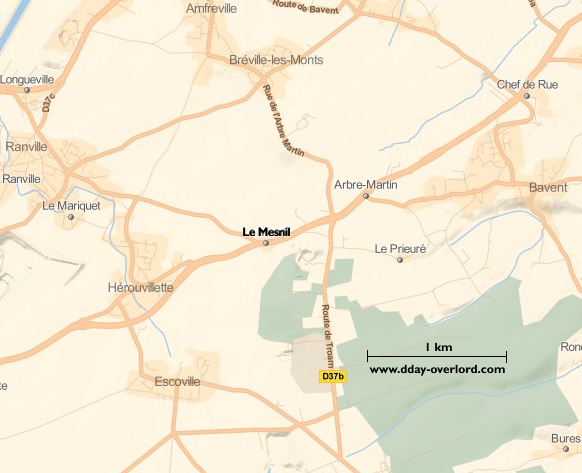