Petiville in 1944 – Calvados – Battle of Normandy

From D-Day to August 1944, and despite the numerous patrols deployed around this commune during this period, Petiville remained under the control of the Germans. The latter evacuated the inhabitants from the second half of July 1944. All the German counter-attacks directed towards the Orne were broken under the shells fired by the Allied cannons, howitzers and mortars. The commune of Petiville is destroyed to almost 85% by the bombing ..

The Germans are gradually reinforced by the 346. Infantry-Division coming from the northern region of Le Havre.

On 17 August 1944, more than two months after D-Day, the British launched Operation Paddle in the direction of the Seine. English soldiers of Commando No. 3 belonging to the 1st Special Service Brigade (3rd Infantry Division) capture Petiville during the first hours of the offensive, despite the large number of obstacles, mines and traps installed by the Germans . 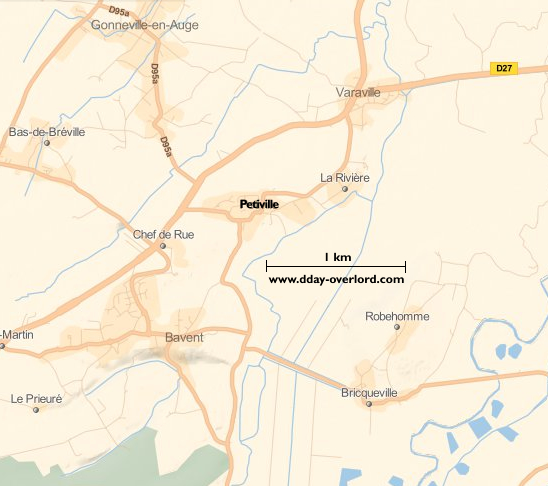