At the beginning of July 1944, the British had not yet seized Caen. General Montgomery launched several operations to break the German defense line but without major successes: his opponents resisted despite the abundance of bombing and the means committed.

On July 8, 1944, a new offensive began, called Operation Charnwood, preceded by one of the most violent aerial bombardments of the Battle of Normandy. The municipality of Verson is one of the objectives of the 130th Infantry Brigade (43rd “Wessex” Infantry Division) in order to flank-keep the take of the Carpiquet aerodrome by Canadians. But the Germans of the 10. SS Panzer-Division “Frundsberg” offer a fierce resistance and the British struggle to break through the front line. The 4th and 5th Battalions, Dorsetshire Regiments, reached Verson and captured them only the next day, July 9th. 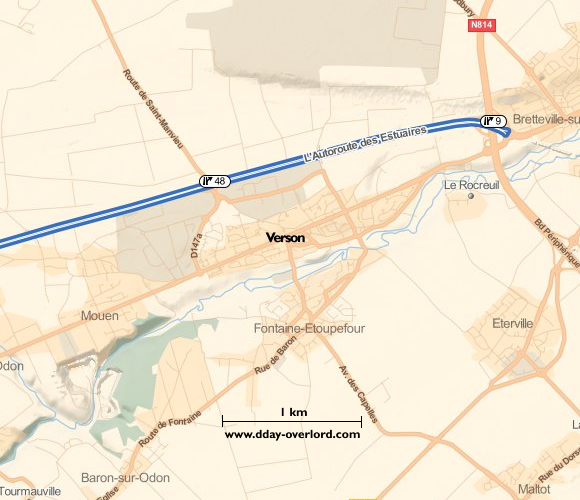