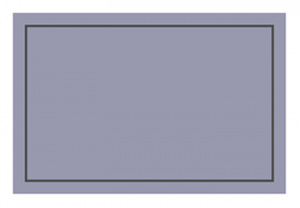 Birth of the 3rd Infantry Division

The 3rd Canadian Infantry Division was formed on May 17, 1940 but was not fully operational until September 5 of the same year. She is preparing for the landing operations of Operation Overlord in England. Before D-Day, she is placed under the orders of the 1st Canadian Army.

On June 6, 1944, 15,000 Canadians from the 3rd Infantry Division commanded by Major-General Rodney Keller landed on Juno Beach. The bad weather conditions and the fierce defense of the German soldiers inflict heavy losses to the soldiers of the 3rd D.I., who are among the highest on the first day of the Battle of Normandy: 946 soldiers were killed, wounded or went missing.

After D-Day, the 3rd Division of General Keller participates in the operations of the Battle of Normandy, particularly in the region of the city of Caen which is firmly held by the Germans. Multiple successive assaults broke on the enemy lines of defense, especially around the Carpiquet aerodrome.

The capture of Caen by the British forces then leaves room for fighting in the Falaise Pocket: surrounded, the Germans gradually break contact towards the Seine. The Canadians reach Rouen on August 30, 1944 and continue towards Belgium.

From the Seine to the Rhine

After Falaise, it is in the pocket of Breskens in Holland that the Canadians of the 3rd Infantry Division fight. They participate in the amphibious offensive on the Scheldt to open the way to the port of Antwerp which is a logistics key for the Allies: the men of the 3rd DI receive from General Montgomery the nickname “Water Rats” (rats of water) following the operations on the Scheldt River and its flooded areas, a nod to the famous British Infantry Division of the “Desert Rats”.

From November 1944, the division is finally fully replenished. It mixes new actions and reaches the Siegfried line from February 10, 1945: it seizes the localities of Keppeln and Udem after difficult fights then crosses the Rhine where it reduces the isolated resistances.

On April 28, 1945, the 3rd Canadian DID enters Germany, seizes Leer two days later and continues fighting until May 4, 1945. The Germans stop fighting the next day.

The 3rd D.I. was dissolved on November 23, 1945, and its elements partly served to form the Canadian occupation force in Germany.