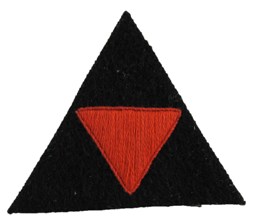 Birth of the 3rd Infantry Division

The 3rd British Infantry Division was formed in 1809 according to the wishes of Lieutenant-General Arthur Wellesley during the Spanish War of Independence. Deployed in the major theaters where the armies of the United Kingdom are engaged, she is already present at the Battle of Waterloo in Belgium against the Napoleonic troops. In 1854, she participated in the Crimean War and the siege of Sevastopol (this time alongside the French armies) under the command of Sir Richard England.

During the First World War, the 3rd Infantry Division (ID) was one of the first British units deployed in France and took part in the fighting during the four years of war where it earned its nickname “Iron Division”. Its commander, Major-General Hubert Hamilton, was killed by enemy artillery fire in October 1914 near Bethune. The division participates in the battles of Mons, Somme, Ancre, Bois Delville and Arras.

Deployed on the other side of the Channel in June 1940 within the British Expeditionary Forces, the 3rd ID reversed course and retreated to England after the Battle of Dunkirk. Marked by this retreat, the division then prepares its revenge and trains to participate in the invasion of Fortress Europe: a preparation that spans nearly four years.

On June 6, 1944, the 8th Infantry Brigade (commanded by Brigadier E. E. Cass) is the spearhead of the 3rd ID, under Major General Tom G. Rennie, and lands on Sword Beach. The division, which was to reach the city of Caen on the evening of D-Day, trampled in front of this medieval city for more than a month and lost many men. Beginning June 23, 1944, Major General L. G. Whistler took command of the division.

The 3rd ID participates in the operations of the Battle of Normandy in the region of Caen then heads to Belgium and Holland as part of Operation Market Garden. The British engaged in expensive fighting before reaching Germany. Throughout the Second World War, the 3rd ID lost 2,586 soldiers killed in action.

Temporarily dissolved after the war, the division was reconstituted on 1 April 1951 as part of the operational deployment on the Suez Canal and placed under the orders of Sir Hugh Stockwell. In 1968, it belongs to the strategic command of the British Army and is gradually transformed into a mechanized division which has the distinction of remaining exclusively on British territory.

On 1 September 1999, the 3rd Mechanized Infantry Division became a deployable rapid reaction unit abroad. It consists of the 1st and 12th Mechanized Brigades, the 19th Light Brigade and the 52nd Infantry Brigade. It is based in Bulford, Wiltshire.