Churchill’s Desert Rats in North-West Europe: From Normandy to Berlin

When Montgomery took command prior to D-Day he gathered around him commanders and formations he knew and trusted. Not surprisingly 7th Armoured Division was one of these and they were deployed from Italy to England. In this fine account the author who fought alongside the Desert Rats describes the Division’s battles from the beaches, the breakout battles (Goodwood and Bluecoat), the liberation of Northern France and Belgium. 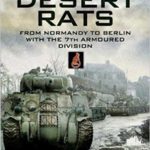 Sabers through the Reich: World War II Corps Cavalry from Normandy to the Elbe

William Stuart Nance provides the first comprehensive operational history of American corps cavalry in the European Theater of Operations (ETO) during World War II. The corps cavalry had a substantive and direct impact on Allied success in almost every campaign, serving as offensive guards for armies across Europe and conducting reconnaissance, economy of force, and security missions, as well as prisoner of war rescues. 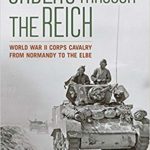 This book examines this significant element of the wider D-Day operation and provides a narrative account of the operations conducted by 3 British Infantry Division. It examines in some detail the planning, preparation and the landings that were made on the beaches of Sword sector. To do this it considers the previously published material and also draws upon archival sources many of which have been previously overlooked to identify key factors behind the failure to capture the city. 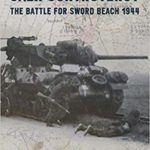 This illustrated account examines the battle from the failed offensive at Mortain, looking at both German and Allied perspectives, using maps, diagrams and profiles to complete the story. 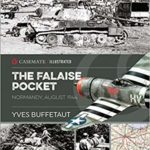 This book provides a day-by-day account of the forty-two days of fighting from Omaha Beach to Saint-Lô. As well as authentic eyewitness testimony, the book also acts as a field guide, including maps and both comtemprary and modern photographs. 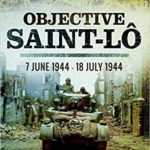 Shifting between battle action and command decisions on both sides, Normandy Crucible lucidly illustrates how this campaign moulded the climactic battle for Europe. 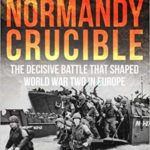 The Story of the Guards Armoured Division

Formed in June 1941, the Guards Armoured Division proved that Household Troops could adapt their legendary high standards to a totally new role. Deploying to Normandy in 1944 under Major General Sir Allan Adair, the Division acquitted itself with distinction in the costly Operation Goodwood. 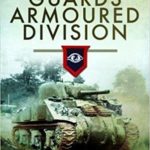 Battle of Normandy: The Falaise Gap

The Battle of the Falaise Pocket was a disaster for the Germans in August 1944. This books sets the battle in the context of Allied Strategy in Northern Europe. Having set the scene, the readers is led through each phase of the action. The particular strength is that it draws heavily on German sources giving the reader a penetrating insight into an army trapped in a killing ground. 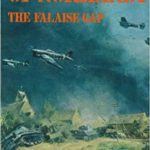 June 6, 1944: a date forever etched in history. With the landing of allied troops on the Normandy coast, so began one of the major confrontations of the Second World War. Twelve weeks of fierce fighting would decide the fate of the war in the West and hasten the defeat of the Third Reich. It is right that everybody should still remember the sacrifice of a region and its people, and that of those men who came from across the Atlantic and across the Channel, to rest forever in this land that they liberated. 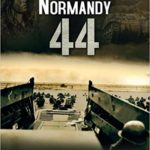 The reverses experienced by Canadian troops during the late stages of World War II continue to be the subject of intense debate among military historians. Going beyond the immediate causes of these setbacks, John A. English presents a detailed examination of the role the Canadian Army played in Normandy through the closing of the Falaise Gap in August 1944. English reviews this pivotal campaign in depth, paying close attention to the organization, training, and fighting style that the Canadians brought to the battlefield.

by John A. English 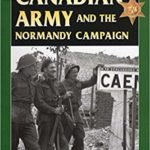 This book examines the brutal attritional struggle in June-July 1944 to overcome the determined German defense and secure St Lô. Using full-colour artwork, photographs and maps, this is the engaging story of one of the key engagements in the Battle of Normandy.

In Operation Totalize, Lieutenant-General Guy Simonds’ II Canadian Corps launched an attack from its positions along the Bourguébus Ridge south of Caen, striking south-southeast astride the main Caen-Falaise road toward the high ground that dominated the town of Falaise and the key west-east lateral road that ran through this town.

by Stephen A. Hart 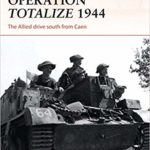 One of the key objectives of British forces on D-Day was the capture of the strategically vital city of Caen. General Montgomery saw Caen as the key to Normandy and the springboard for the Allied breakout, but so did the Germans and the city did not fall. It took three major offensives and more than 30 bloody days of struggle to finally take Caen. In the process the city was controversially devastated and its civilian population decimated. 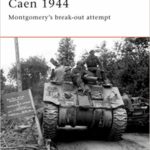 Steven Zaloga offers up a rigorous and absorbing study of the first major Allied operation in Normandy after the D-Day landings – the capture of Cherbourg. Blending expert analysis, specially commissioned artwork and illustrative maps, this book tells the story of the bitter struggle to capture this vital point. 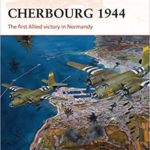