Operation Epsom was Montgomerys third attempt to take the city of Caen, which was a key British D-Day objective. This book takes us through the actions in vivid detail. Delayed by a storm, the attack, designed to envelop Caen from the west, eventually began at the end of June 1944. 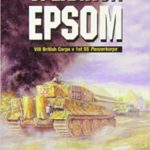 ‘He who holds Hill 112, holds Normandy’ said a German general, while the British regarded the hill as ‘the Key to Normandy’. During the battle in June and July 1944, both sides were to fight hard for its dominating views over the surrounding area. This book tells of Hill 112’s seizure by 11th Armoured Division and their subsequent withdrawal after ‘Ultra’ decryptions warned Montgomery of II SS Panzer Corps’s approach. 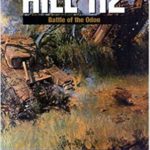 The story of Bluecoat includes examples of virtually every type of Second World War armoured combat: from infantry tanks to specialised flame-throwers and minesweeping tanks; from light armoured reconnaissance units to the heaviest battle tanks of the Second World War. The experiences of both sides, German as well as British, are related as the story of a swirling armoured Melle is played out under the host summer sun between Caumont and Vire. 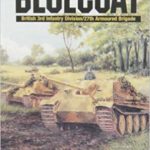 Operation Bluecoat – Over the Battlefield: Breakout from Normandy

This is the story of the British breakthrough begun on 30 July by 11th Armoured Division, Guards Armoured Division, and the infantry of 15th (Scottish) Division. In common with other titles in the ‘Over the Battlefield’ series, this entirely new study brings together previously unseen evidence to present an important Normandy battle in very great detail. The unfolding action is illustrated using aerial photography of the battlefield and period Army maps supported by extensive illustrations. 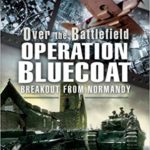 Operation Epsom – Over the Battlefield 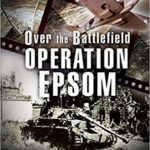 Operation Goodwood – Over the Battlefield

For this book of the series Over The Battlefield, Ian Daglish describs the events of Operation Goodwood, July 1944, the dramatic attempted British armoured break-out from the Normandy bridge-head. This was the greatest armoured battle undertaken by the British during the Second World War. 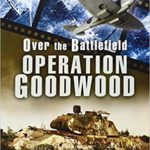 The Guide outlines the principal actions of Operation Bluecoat, but concentrates on the key players in the assault on Mont Pinçon: 43rd Wessex Division and 8th Armoured Brigade. Contemporary accounts, including personal diaries, as well as more recent personal interviews are also cover.

Battle of the Odon

The Battle of the Odon evokes the clash between the British Army and the II SS-Panzer Korps, as they attacked across the Odon Valley during Operation “Epsom” in June 1944. Using contemporary photographs and documents, this book provides day-by-day details of the operation that what just one part of what is commonly referred to as the ‘Battle of Normandy’. 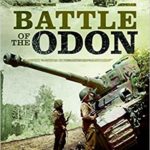 Didier Lodieu is a recognized specialist of the Battle of Normandy and is the author of a number of works on this period. He gives us a different perspective on Operation Goodwood by following the Guards Armoured Division. The book contains numerous plans and maps and is richly illustrated with many often previously unpublished photographs together with full color armor profiles. 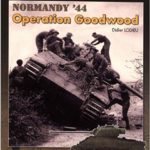 Command and Valour: The Grand Strategy of D-Day & the Battle for Normandy

In Command and Valour, the author addresses these myths head on, and without taking prisoners, readdresses the truth of the battle reaching conclusions which may surprise many of those who thought they already knew all there was to know on such an iconic subject. Alongside this story, the author recounts, for the very first time in a single volume, the instances of incredible valour which led to the 21 Victoria Crosses and Medals of Honor to be awarded during the Normandy campaign. 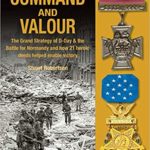 Battle – Normandy 1944: Life and Death in the Heat of Combat

It is Normandy, July 28, 1944. Outside Caen, the Americans have broken through the German defences. Six stalemated British divisions redeploy to join the American attack. The ensuing battle involves infantry, tanks and artillery working together. Ken Macksey has selected a real engagment in which he took part and has related authentic incidents played out by participants, weaving a story using all his experience. The result is a insight into what really happens in the life and death of warfare. 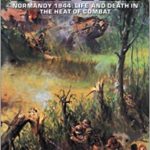