Breakout from Juno is the first dramatic chronicling of Canada’s pivotal role throughout the entire Normandy Campaign following the D-Day landings. It is a story of uncommon heroism, endurance and sacrifice by Canada’s World War II volunteer army and pays tribute to Canada’s veterans. 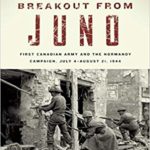 Gale’s Eyes is a who was who during the British 6th Airborne Division’s time in Normandy in June 1944. Meticulously researched by the author, every officer that served with the division has been examined and is listed. Also included are an examination of the battle casualties of each unit and its effects on the command situation. 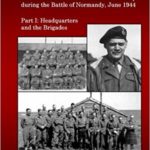 In July and August 1944, the Allies launched a number of operations intended to break through the German front line. Operations Totalize and Tractable were intended to drive the Germans back to the south of the Normandy town of Falaise, thus creating the famous “Falaise Gap”. This book contains numerous plans and maps and is richly illustrated with unpublished photographs and color armor profiles. 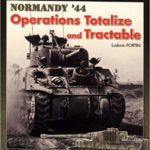 Caen: The Brutal Battle and the Breakout from Normandy

An analysis of the facts surrounding the battle at Caen reveals a truer picture of the fighting that lasted many weeks from June to July 1944. 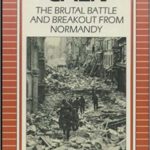 Bocage: The Battle for Normandy

Bocage tells the story of the Normandy campaign from the point of view of the men who experienced it. Arve Robert Pisani spent years researching and collecting first-hand accounts from more than three hundred World War II veterans on both sides of the conflict. 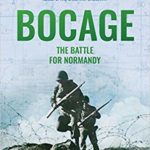 The Armoured Campaign in Normandy

The Armoured Campaign in Normandy is a critique of Montgomery’s plans to seize territory and break out, and describes how they failed in the face of German resistance. It details the poor planning and mistakes of British senior commanders and how the German Army’s convoluted chain of command contributed to their own defeat; these were decisions taken which cost the lives of the tank crews of both sides ordered to carry them out. 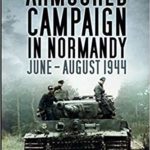 Gunners in Normandy: The History of the Royal Artillery in North-west Europe

Interviews with veterans, papers and documents from the Firepower Archives, terrain studies, personal memoirs, war diaries and other official documents, make this a definitive account. Serious students of the battle Normandy should find this essential reading, with comprehensive coverage of the role of the Royal Artillery, and much material not published anywhere else, including, orders of battle, the details of targets engaged by the guns and their effectiveness. It also includes a new interpretation of the battle.

by Will Townend & Frank Baldwin 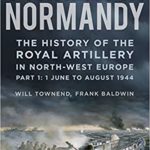 This is a fully illustrated examination of the six decisive weeks of German armoured defence of Normandy following the D-Day landings. The book includes complete details of tank divisions and organization, the vehicles employed, their insignia, markings and camouflage, and a text based on archive and eye witness reports which moves the story from the eve of battle – Monday 5th June 1944 – the confrontations following the landings, the reinforcements and eventual defeat of the Panzers. 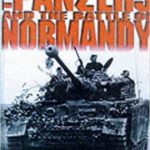 D-Day and the Normandy Campaign

This book features one of World War II’s most pivotal campaigns: D-Day and the battle for Normandy that followed. It begins with Allied plans for the beachhead assault and Rommel’s construction of German defenses, but the book’s heart is the fighting as seen from both sides, from the Rangers at Pointe du Hoc and the landing at Omaha Beach to hedgerow combat, the air war, and clashes of Shermans and panzers. 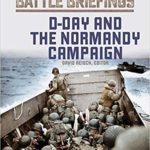 Stephen Badsey provides a concise account of the Normandy campaign, from the fiercely contested landings, to the struggle to capture Caen, the ‘Cobra’ offensive and the dramatic pursuit of the Germans to the River Seine. This was the crucial campaign of the Western theatre: after the Battle of Normandy the only question was how soon the war would end, not who would win it. 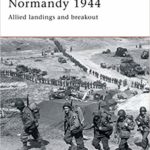 Stout Hearts: The British And Canadians In Normandy 1944

Stout Hearts is a book which offers an entirely new perspective on the British Army in Normandy. This fresh study explores the anatomy of war through the Army’s operations in the summer of 1944, informing and entertaining the general non-fiction reader as well as students of military history. There have been so many books written on Normandy that the publication of another one might appear superfluous. 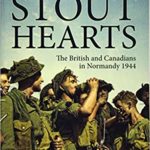 The battle for Normandy

A comprehensive account of D Day with lots of photos and maps. Part of the British Battles Series. 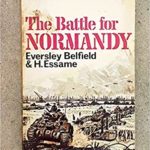 On 25 July General Bradley launched Operation Cobra to break the deadlock. US forces punched a hole in the German frontline and began a spectacular advance. As Patton’s Third Army poured into Brittany and raced south to the Loire, the German army was threatened with encirclement. By the end of August German forces in Normandy were utterly destroyed, and the remaining German units in central and southern France were in headlong retreat to the German frontier. In this title Steve Zaloga explains how the breakout from Normandy came about. 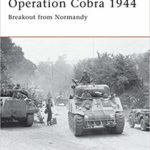 Fields of Fire: The Canadians in Normandy

Challenging both existing interpretations of the campaign and current approaches to military history, Copp examines the Battle of Normandy, tracking the soldiers over the battlefield terrain and providing an account of each operation carried out by the Canadian army. In so doing, he illustrates the valour, skill, and commitment of the Allied citizen-soldier in the face of a well-entrenched and well-equipped enemy army. This book includes an introduction that reflects on the genesis of the book and its impact on our understanding of the Second World War. 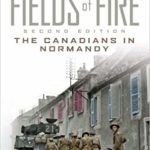