Robert Sink was born in Lexington, North Carolina (USA). He entered Duke University before being transferred to the US Army Officers School, West Point, and left in 1927. He was recruited into the US Army as a 2nd Lieutenant and worked for the Normal Infantry Assignments until 1940.

Colonel Robert Sink was very appreciated by all the members of the 506th PIR and saw the designation of the regimental number (506) changing from “Five-Ho-Six” to “Five-Ho-Sink”. 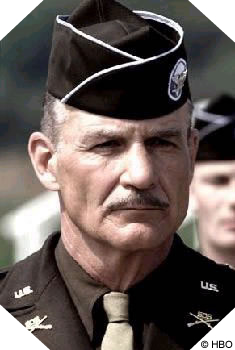 Actor and military advisor Dale Dye in Band of Brothers