History of the M10 Achilles tank during the battle of Normandy 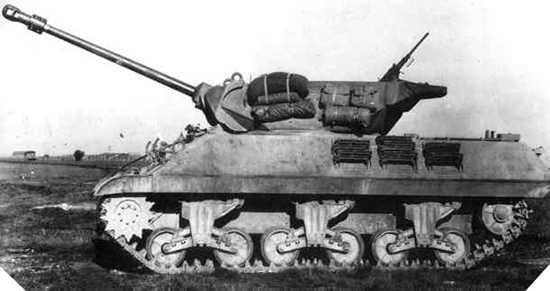 Faced with the destructive power of the German tanks, the British sought to reinforce their armored fleet at the beginning of the Second World War: they wanted to equip themselves with armored tank fighters, which they were sorely lacking at the time.

The Americans gave the British army M4 Sherman and M10 Destroyer tanks to complete their needs, but the British wanted to use the excellent 17 Pounder (76-mm) anti-tank gun that defeated the German Tiger I tank. They then plan to modify the M10 to add the 17 Pounder, as they already do with the Sherman who becomes the Firefly, in order to participate in the Battle of Normandy against the German tanks present in the area. However, they want to use this modified M10 tank as a howitzer rather than a battle tank.

The modifications begin in April 1944, very shortly before D-Day. The protections of the initial M10 model are increased in thickness: 17 mm more at the front and on the sides, 20 mm more on the top of the turret to protect the tank against possible threats, since the turret is open on top. On June 6, 1944, 124 modified M10s (nicknamed “Achilles”) joined the Commonwealth forces, the Royal Artillery and the Royal Canadian Artillery.

However, these armored vehicles are distributed to the artillery regiments, not to the cavalry, as they are considered to be mobile artillery and not tanks. They are engaged to defend a fixed position and participate as little as possible in offensive actions. This is particularly the case during Operation Charnwood in Normandy, when thirteen tanks (Tiger and Panther) of the 12th SS Panzer Regiment in counter-attack are destroyed by the Achilles of the 245th battery of the 62nd anti-tank regiment, for the loss of four M10, south of Buron.

At the end of the Second World War, 1,100 of the 1,650 M10 Destroyer received by Great Britain were converted into M10 Achilles.