History of the Mk IV Cromwell tank in 1944 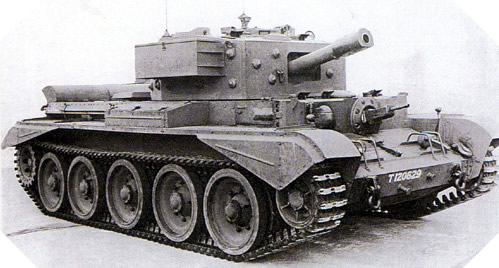 At the beginning of the Second World War in Britain, the British had a strongly armored tank, which was very slow and unable to fight against most German tanks.

Very quickly, after the launch of the Churchill tank production in 1940, the British decided to begin work to develop a new tank, which was more mobile. Thus was born the Cromwell tank, whose production began in 1942.

Its 75 mm cannon can not outclass the firepower of German tanks, but its mobility and speed are much higher. But this increase in mobility is automatically reduced by the thickness of the armor, which makes the Cromwell tank more vulnerable despite its speed.

Like the American tanker M10 Destroyer, the tank Cromwell model Mk IV must always retain the initiative of fighting to win the battle. Once engaged, the Cromwell can rely only on his mobility. He is therefore often engaged to support the actions of the infantry.

The Cromwell tank is present on the battlefields of the Mediterranean and north-west of Europe, notably during the Battle of Normandy where it carries out its baptism of fire and during the operation Market-Garden in Holland, in September 1944.