History of the Sherman Firefly tank – Battle of Normandy 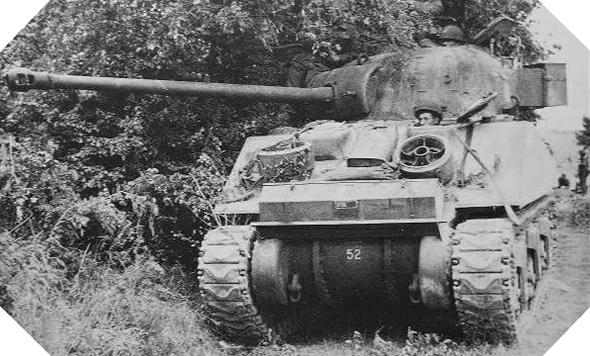 Faced with the destructive power of the German tanks, the British sought to reinforce their armored fleet at the beginning of the Second World War: they wanted to equip themselves with a tank-hunter that they were sorely lacking at the time.

An important debate begins on which chassis to build this tank chaser: the British suddenly oppose the use of the Sherman tank before accepting it. At that time, the English were equipped with the American Sherman (about 7,200), which they also manufactured under license. They add the QF 17 Pounder gun (76.2 mm), particularly effective and which overcomes the Tiger I tank, in order to participate in the landing of Normandy and to oppose the German tanks deployed in the sector.

Few elements of the original Sherman tank are altered, the cannon and the turret which receives it aside. As the D-Day deadline approaches, every effort is made to produce and test it on time: Prime Minister Winston Churchill himself makes it a priority for the British armed forces. On May 31, 342 modified Sherman tanks were delivered to General Montgomery’s 21st Army Group.

This tank destroyer, nicknamed “Firefly” or “Mayfly”, also equips the Canadian army as of the Battle of Normandy. At the end of August 1944, 550 tanks were built. In February 1945, another 1,500 came out of the factory. The last Firefly was produced in May 1945.

After the Second World War, they are used by many nations around the world such as Argentina, Belgium, India, Holland, South Africa and even Poland.