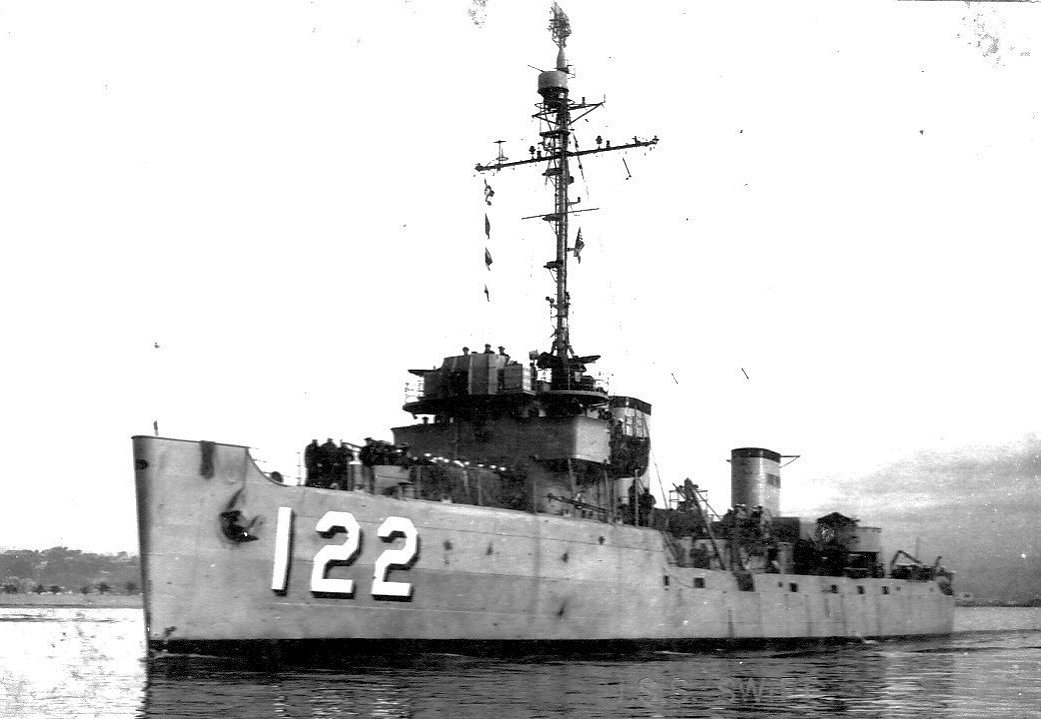 The USS Swift was launched on 5 December 1942 and entered active service on 29 December 1943. Engaged as a convoy escort to the port of Plymouth, it operated along the English coasts until May 1944.

It joined the 18th Mine Division as part of the preparation for Operation Neptune, escorting the convoys and clearing the mines throughout the day on 6 June 1944, particularly off Utah Beach. At night, it patrols in search of possible German speedboats. Engaged off Normandy until June 25, it participated in August in Operation Dragoon in the Mediterranean Sea (landing of Provence). it remained in the area until December 28, 1944, when USS Swift returned to the United States.

Renovated for a few weeks at the port of Norfolk, it was subsequently engaged in the waters of the Pacific from May 1945. It operated in particular in the Okinawa sector and continued its demining operations in the China Sea until December. After its return to the United States, it was placed in reserve on June 4, 1946.

Reactivated in December 1951, USS Swift participated in the Korean War from April to August 1953 before being definitively placed in reserve on 13 December 1955 and was scrapped as from 1 July 1972.