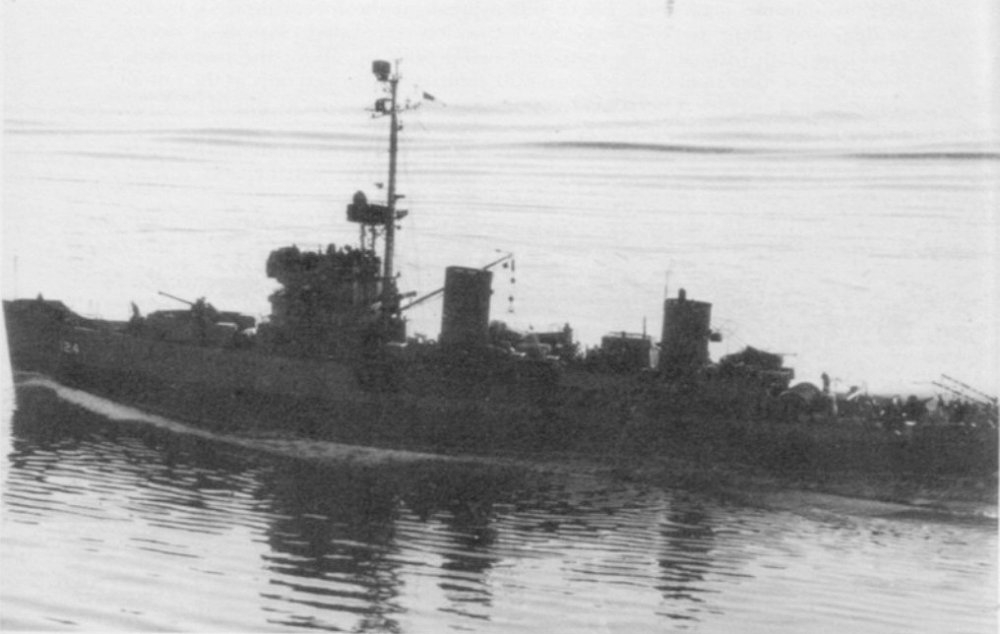 The USS Threat was launched on 15 August 1942 and entered active service on 14 March 1943. Engaged in its first transatlantic convoy escort to the Mediterranean Sea in May 1943, it was also deployed in the Caribbeans and the Azores.

Renovated in Great Britain, it was integrated in April 1944 with the fleet of minesweepers which was to ensure the progress of the allied armada in the English Channel during Operation Neptune. Operating off Utah Beach on D-Day, it witnessed the destruction of the American destroyers USS Glennon and USS Rich as well as the USS Tide minesweeper. On June 9, off Cherbourg, it fired on German fortified positions and managed to hit an enemy ammunition dump.

The USS Threat participated in Operation Dragoon in the Mediterranean Sea (landing of Provence) in August: it remained in the area until December 28, 1944, when the USS Threat returned to the United States.

Renovated for a few weeks at the port of Norfolk, it was subsequently engaged in the waters of the Pacific from May 1945. It operated in particular in the Okinawa sector and continued its demining operations in the China Sea until December. After its return to the United States, it was placed in reserve on 31 May 1946.

Given to the Mexican Navy in 1973, it was renamed Francisco Zarco. In 2007, it was still in service.