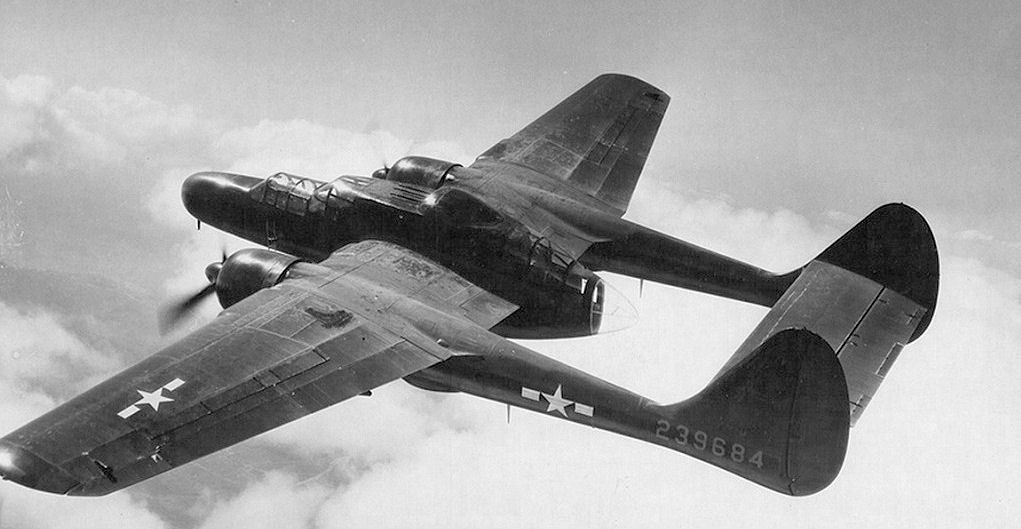 During the Battle of Britain in 1940, Britain suffered nightly German air raids that particularly targeted large cities. At this time, British fighters have difficulty moving at night because of the absence of landmarks: they do not effectively manage to fight against the bombers of the Luftwaffe, camouflaged by the darkness. The development of the on-board radar, allowing pilots to identify themselves using the new technologies of the time, opens the way to the English response to ensure its safeguarding.

For example, American industrialists supporting Britain’s defense are involved in the development of a new aircraft and are drawing inspiration from the work for the Royal Air Force to develop a fighter for their own Air Force. Jack Northrop, an American aerospace engineer, proposes the creation of an interceptor plane capable of evolving in the dark while detecting other aircraft. His proposal is retained and Northrop develops a twin-engine fighter and twin girder whose shape is not unlike that of the P-38 Lightning.

Beginning in 1941, the design work of the first prototypes began: this fighter, which had three crew members (pilot, gunner and radar operator), had a dorsal turret with four 12.7 mm Browning machine guns. the firing control is directly related to the onboard radar, an SCR-720 transceiver located in the nose of the aircraft. The operating mode of the radar is to broadcast the echoes of other devices on a first screen, to adapt the tracking, then apply specific lights by following the target on another screen. The radar operator read the information he transmitted in real time to the pilot and eventually to the gunner.

In Europe, the first combat action of the P-61 took place on July 16 against a V-1 rocket, destroyed by the aicraft of Lieutenant Herman Ernst. On the night of 14 to 15 August 1944, a German Heinkel He 177A-5 bomber  belonging to the 5.Staffel/Kampfgeschwader 40 and a Messerschmitt Bf 110 and a Focke-Wulf 190 were shot down by a Black Widow north of Barfleur, France.

The P-61 Black Widow did not have a decisive operational career as its development period was particularly long given the high degree of technological complexity it represented at the time. Lacking speed and range to remain competitive until the end of the Second World War, he nevertheless participated in revolutionizing air combat with his new navigation and detection instruments. More than thirteen different versions were produced and made operational compared to the original model during the war.

After the signing of the armistice by the Germans in Europe, and while the Americans were already studying a more modern night-time interceptor, a P-61 was used to participate in the development of the ejection seat technology. After several months of testing, Sergeant Lawrence Lambert successfully ejected a model P-61B at an altitude of 2,380 meters and at a speed of 486 km/h, April 7, 1946. The last copies in flight state were used for experimental purposes. August 9, 1954 marks the end of service of the P-61 Black Widow with the US government.