The controversial book on the Pegasus Bridge by Helmut von Keusgen

Publication of the book “Pegasus Bridge and the Merville Battery” 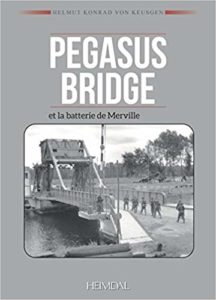 The book Pegasus Bridge and the battery of Merville, published in its French version in June 2018 by Heimdal editions.

Helmut Konrad von Keusgen, a German author specializing in the history of German gun batteries during the Normandy landings, published his seventh book in Goethe’s language in 2014, published in September after the 70th anniversary of D-Day. Translated into French by Paul Cherrier in 2018, it is now published by Editions Heimdal in the language of Molière.

To design his book, von Keusgen studied the works dedicated to the battles of the Pegasus Bridge and the Merville Battery, mainly written by British veterans and historians. The famous Pegasus Bridge was stormed in the early hours of June 6, 1944 by the English airborne commandos of the D Company, 2nd Battalion, 2nd Oxfordshire and Buckinghamshire Light Infantry. For its part, the Merville battery was attacked a few hours later on D-Day by paratroopers of the 9th Para Battalion (6th GB Airborne Division). These two operations have been the subject of many historical releases and the onslaught of the Pegasus Bridge has also been staged in The Longest Day movie, further increasing its fame. 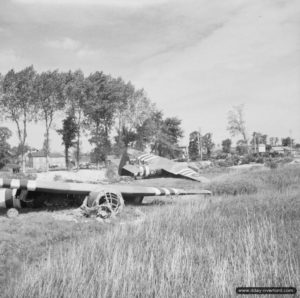 The three Horsa gliders engaged in the assault of the Pegasus Bridge (Euston I mission). The Bénouville bridge is visible in the background.
Photo: IWM

Von Keusgen wanted to give the floor to the German veterans of both fights, confronting their version of the facts with those of the British. In this 248-page book, he gives a new picture of fighting, often different from most historical reference stories. Testimonies mention a limited or even almost nil German opposition on June 6, 1944 on the Bénouville Pegasus bridge, contrary to the fierce defense that many authors have highlighted. Another point identified in this book is the death of Herbert Denham “Den” Brotheridge, considered the first allied officer to have been killed in the ground fighting on D-Day. The theory of a fratricidal fire is supported by the author on the basis of the testimonies collected during his various interviews. Von Keusgen furthermore considers that the accidental death of “Den”, deputy officer and friend of Major Howard commanding English troops, would have been a well-kept secret by British veterans. 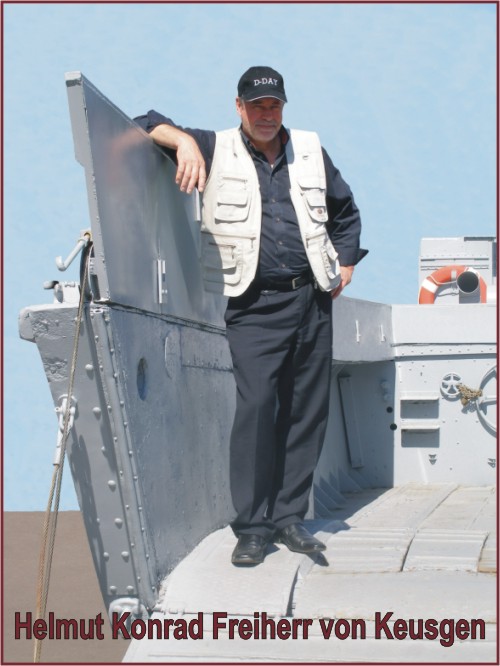 In this book, detailed studies from official documents and personal testimonies of veterans are mixed. “Pegasus Bridge and the Merville Battery” is a committed book that wants to share the voice of German fighters, without seeking to denigrate the sacrifices and courage of allied military. Although the author can not provide further evidence to support his hypotheses than the many testimonies of veterans, he nevertheless contributes to shaking up the historic lines of D-Day.