History of the Churchill Avre tank – Hobbart’s funnies in 1944 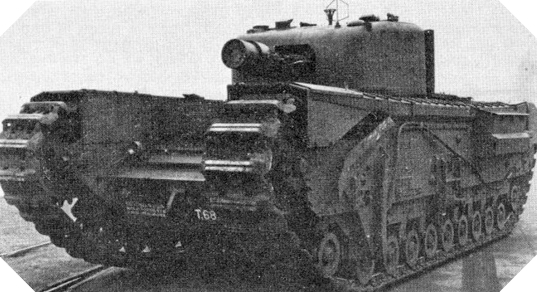 The chassis of the British Churchill tank, as well as that of the American Sherman, serves as the basic structure for many other versions (flamethrowers, anti-mines, bridges …) used by the British forces during the Normandy landings and better known as “funnies”. These engines, devised by the English general Percy Hobart, must improve the capabilities of crossing and support fire to the benefit of Allied land forces.

The Churchill Avre version corresponds to the “mortar tank” model. Indeed, the tank does not have a classic 75 mm gun as is the regular Churchill tank. It is armed with a 290 mm mortar capable of destroying any obstacle and thus serves as on-board artillery providing maximum close support to the infantry.

Churchill Avre is one of the “funnies“, a nickname given by the British and American military to the engines invented by the British General Percy Hobart and intended to best support the land forces during the landing of Normandy.